The Art of Psychovideojournalism in London

It is the subjective-analysis of the art of videojournalism in relation to its geographical location.


Psychovideojournalism as a discipline pays homage to psychogeography. The latter is a field of study based around the idea of flaneurism (wandering) and owes its presence to the avant-garde movement of the 1950s.

In psychogeography in London, tours are arranged on foot around specific historical points designed to illustrate the richness of the landscape and surrounding architecture.

Whilst I have undertaken videojournalism training programmes around specific locales, such as Castle Howard in York (above picture) where the English film classic Brideshead Revisted (2008) was shot, today was different.

Around 11 a.m we met in a cafe off Oxford Street for the launch of the psychovideojournalism, a mental and physical exploration of videojournalism with London as our canvas.

We explored the different genres and forms of videojournalism and narrative logic on the basis the narrative of the VJ film's content film drives a particular production expression.

This generally works, but as I showed today we can disrupt that relationship. That was another difference to today's programme.

Below are samples of images from today as I use myself to illustrate a point in being filmed, to filming in Trafalgar Square and then the Southbank Centre.

I'm looking to run the next programme in November.  Details of this, it usually involves a small group,   can be found on Viewmagazine.tv in October 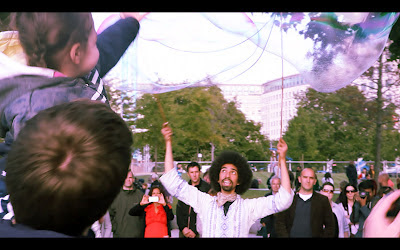 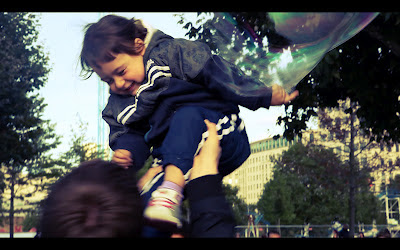 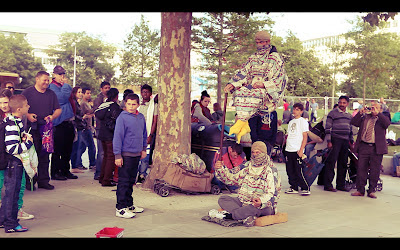