How to be the best at video making, or whatever you do 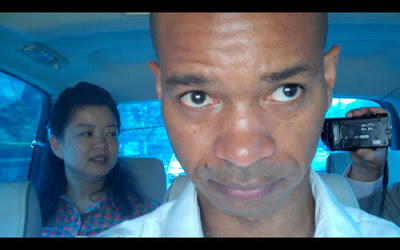 No, no, no, no, no ! No!
If you're learning how to become a story telling using video, a videojournalist or even designer and your trainer says "You must do it this way", please make your excuse and leave.
I pride myself on one thing, that I recognise that creativity is not a science, where exact answers are required.  I might suggest, as we start our training telling you what works, but these are not hard and fasts rules, and might only likely work now in this zeitgeist, until another period takes over.
So my rule is never to stop anyone doing what they want, and I never stop learning to anticipate the next era and other styles, because the expression within story making is inherently that you MUST be able to develop your own style.

Unfortunately in an institutional setting like a university, parameters are prescribed to quicken up your understanding within a time frame.
Makes you think how some of the greatest painters would have fared on a Masters program.

Being the best is also in today's day and age anachronistic. You can aspire to, but in an Internet age of untold comparisons, it's impossible.

In part because by categorisation you can be the best footballer in Africa, best film maker in Ghana, best videojournalist in Germany, but when you start combining territories it's nay impossible. What you get is people who are different to you, but one system cannot trounce another. 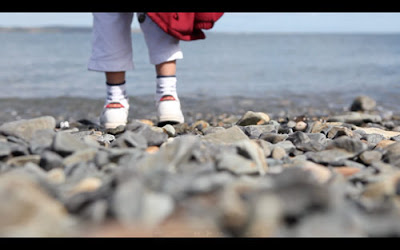 So consider this, to shoot a good documentary you need a tripod, good camera, you'll shoot rules of thirds and grab interviews. How do you know that? Because your lecturer told you so? How does she know that? Because presumably someone told her, and so on.
We therefore arrive at a crossroad, not so long ago in the evolution of film, when there was no, "she told me so". From starting at that base, a couple of experimenters did something, and guess what some worked, some didn't.
The bit where it says hold your camera yourself didn't work because the camera was too heavy, and when the film maker did carry it, the shots were all wobbly.

Then Abel Gance and a group of film makers came along and said, actually we want to show you what it's like when you watch something in a heightened state.


They moved the camera here and there, even attempted to keep it steady by holding their breath. Audiences looked at it and marvelled. The film makers called it impressionism. And that too would become part of the tick box that seemed to work, BUT for a certain type of film and a certain period.
Heightened states invariably use handheld now; 24 the series, police dramas; Bourne trilogy, and the likes, but if you're Terence Malick the style is cinema poetics re: The Thin Red Line.
Film works as many scholars have noted not because it's preordained too. Film has no language, it has a system that's built up like making castles in the sand. Sometimes the castle works, sometimes it doesn't, but when it does, the chances are you know exactly what you'll do when you go to the next beach. 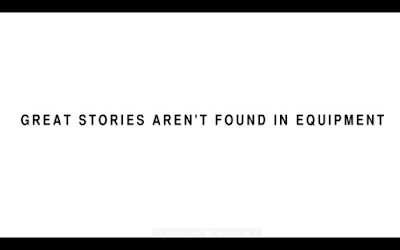 There are a million ways to shoot your friend's face, but in literary language only a definite number of phrases to describe your friend. The beauty of film, design and creativity is anyone can be fabulous, but to do that you need someone who will let you develop. That's why apprenticeships worked. You had time to learn from your mentor.
The essence of creativity and film is therefore an appreciation of human behaviour, because ultimately what works in film is, or was easily found in what you saw. You just had to be prodded where and how to look. 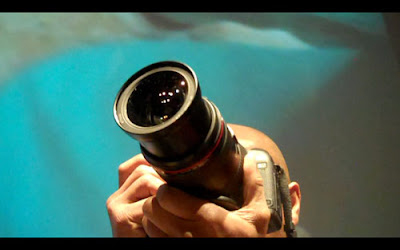 David is a senior lecturer in videojournalism, TV and Docs, and design and online. He is completing his doctorate in future film making and has worked as producer and videojournalist for some of the world top news brands.
Posted by Dr David Dunkley Gyimah at 5:14 pm