The Rise of the Non-story - How to Teach it


Snow out London - 18 years worst ever from david dunkley gyimah on Vimeo.
Above an example of a non story, made at that moment in time as events unfolded.

In my last post I spoke about how knowledge has a shelf life.

Here I want to broach something even more heresy; the idea that the story form we've been accustomed to may have run its course.

This is not an unequivocal admission of a decomposition of the story form.

But an explication that in our hyperised society, of click- throughs, and gaming levels, that the story is never complete - the sequel consisting of fragments. Hyperised incidentally is my neologism meaning the rise of hypermediation.

This is not the first of such an enquiry; the surrealists made the non-story an art form, the French an industry and the Lumieres' their first film.

And we've become privy to the You tube blip - an expression of an event which peaks in seconds and is gone: a stunt, an event, a Lumiere moment.

We've become so attuned to the film as arc of conflict and resolution e.g. Hollywood flicks and TV that we entertain less anything construed as just reality.

Consider news - a mediated form of reality repackaged to produce that Aristotelian template we've come to worship since 330 BC. News borrowed the form from docs, which took it from film, which lifted it from theatre and herein drama- the Poetics.

But there was a time, as I research within national news vaults ( see picture above) when our knowledge of story form was well, skewed.

In the still image above, the video is of a runner starting mid flow and then at a well rehearsed point stops to provide an interview. The story itself is nothing worth shouting about. This is story form as we knew only 50 years ago.

We teach story because that's what the industry demands: film and TV. We see no need to teach the non-story for we see it as precisely that.

A story with no form; when it starts it has no definable middle and no end. It's the gibberish before you learn to speak, the stuff everyone does leaving no room for the professional, so has no value.

The Lumiere's La Sortie des usines Lumière à Lyon (1895) is such a piece of reality, except because the Lumiere's pioneered film form this fabula is a museum piece.

Non story
In 1999 my colleague and I conceived of a story, the Family which made the finals of Channel 4's media competition. It too had no middle, no end. It went on until you stopped. Yet it had built in arcs.


Today sitting in hospital, a thought?  Is that not sometimes how we construct new knowledge?

The amazing stories of those that recover from illness. Their stories defy being packaged because each day is another day of inspiration - its episodic.

More recently the head of BBC Newsrooms Mary Hockaday, who is responsible for editorial policy and manages across the BBC, spoke to me. Reality, the unmediated, is finding renewed interest within this powerful media organisation.

The conversation could end here, but I'll push its elasticity. In the making of 24 the series with Cinematographer Rodney Charters would hire the best camera operators to freestyle; those shaky shots. 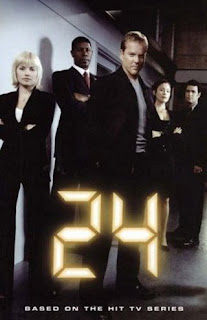 The irony of it all. The best of the industry were being paid to undo all the pro shooting they had learnt to producing something raw and unpolished. Could not a rookie shooters have done the same?

The question is analogical for professionals shooting the non story or stand ups telling non-jokes. Can a pro story maker produce something which is engaging but not a complete story.

If so what are its variants? How do stand ups with dead pan deliveries engage us with the most banal of narratives?

To break the rules, first we must understand what they are and the purpose they serve. More soon.

For this piece is no more complete than the story form I'm seeking to explain.
Posted by Dr David Dunkley Gyimah at 12:56 am