Will she won't she?  Will he do it?  And the winner is... As the best of innovative British Television News prepares to honour its own, RTS Juror David Dunkley Gyimah peers ahead and gives an insight into his working methods.

The pack arrived through the post today. The contents, the invitation letter and DVD of this year's nominees.

It's been a memorable eventful year in the News. The Arab Springs: Tunisia, Egypt, Libya and Syria have been the more visible whose events are still reverberating.

Japan's earthquake disaster from its Fukushima reactor meltdown brought us to the brink of a a nuclear nightmare, while in the summer the heat of London's riots raged.

In the European Union, meltdown of another kind as economy after economy ran aground e.g. Greece, Italy and Spain teeter. While in the US, the prelims for which republican will take on President Obama is set to change gear and Iraq as "welcome home (troops)"- has the semiotics for a political turf war.

We know these things and more because those events are packaged into News conveyed to us through multiple media and multimedia. This is where the most talented of practitioners work their craft to inform us the spectators.

Their legacy becomes a footprint for the viewer to marvel. TV, satellite,  twitter, blogs, or the combination of such digital artifacts display these wonderment. Yet of the many news makers only a few can be chosen to represent their extraordinary trade.


That task of selection falls to industry figures and those conversant and knowledgeable of this evolving communication discourse, particularly in a digital age of news.

For the fourth year running I'm humbled and delighted to be chosen as one of the jurors for the Innovation in Television News section for the Royal Television Society Awards.

For the non news aficionados, you could call it the Oscars or even EMMY's of British Television News, though quite rightly, the RTS is simply with no comparisons. It is the RTS.

I reveal no secrets talking about these and no more in what I am about to say.

But judging the best of British television news is obviously a serious undertaking and one that I'm pleased allows me to exercise skills accrued over 25 years.

That includes working in Television News, Dotcoms, Videojournalism, Radio, to helping to set up news networks, advising groups and lecturing in the UK and abroad e.g. Egypt, Lebanon, US and winning the odd international award.

But while heuristics and experience have been invaluable, a skill I'm heavily reliant on is critiquing.

Critiquing not as a surface layer, an exchange of personal views and tastes, but one coalescing a systematic, mental process of seeking objective cues, replicable views using various theories of meaning-making.

Innovation makes it even more interesting. What constitutes innovation and how can it be measured are just a few of the reasonings which are resolved.

Critiquing and thus learning from the masters makes for great television.

Because embedded in the art of critiquing is understanding how the programme maker serves their audience. Critiquing thus is not a self-indulgent pursuit, but one that involves understanding the intentions of the maker, the internal codes of the network, and the value of us - the audience.

If you can read past the referential or the explicit, then the nuances of deeper codes, textual and visuals, may make you a better judge of media analysis, one that puts you in tune with your intended audience, and potentially makes you a better film maker as well. The lessons of those great writers of Cahiers du Cinema turned film makers e.g Truffaut et al tell us that.

Many post structuralist now agree film is not a language, but language-like and cover a spectrum of theories to make good their point.  Yet the act of good critiquing I believe involves choosing appropriate analytical methods that seek to remove the personalisation - however difficult that may seem for realists.

Thus whether it's the RTS, future journalists decoding the media, or the next generation of media flows, in a media world obeying Heisenberg's Uncertainty Principle being grounded in the fundamentals in necessary, yet understanding and interpreting evolving theories for 21st century media is essential.

I'm about to approach my task of deconstructing the RTS nominees work with a humble hand. Something tells me as I open the pack, I'm truly going to enjoy this, immensely. 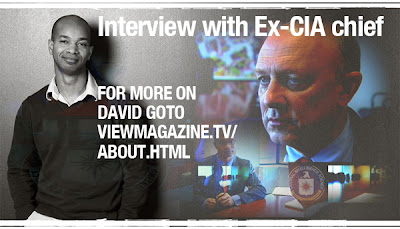