Learning how to be creative - Videojournalism at BFI talk 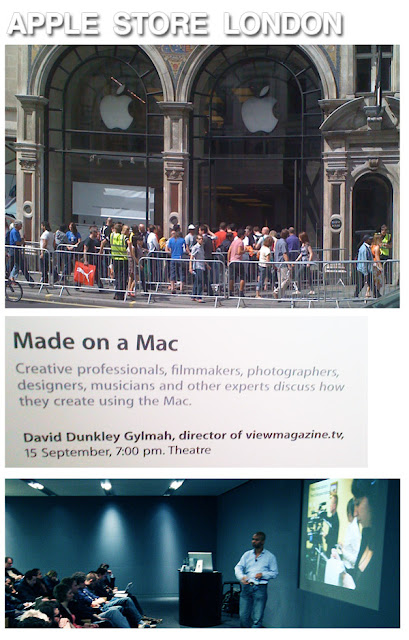 We're trying to arrange another talk at the Apple Store London. Hopefully now, next year.  In the meantime we're due to hang out at the BFI - the title being Inside Videojournalism.
Do you accept nothings changed though? TV is still dominant!  After a 2 hour performance lecture in the city (of London), a senior Chinese executive was keen for an answer.
About thirty from one of China's top academic institution wanted to know whether we possessed any new methods to teaching New Media.
Over 20 slides I built this argument which addressed the following questions:
1. How do we go about acquiring knowledge?
2. Is there truly a different way of teaching New Media?
3. How has the student and lecturer changed over the years.
Learning Methods 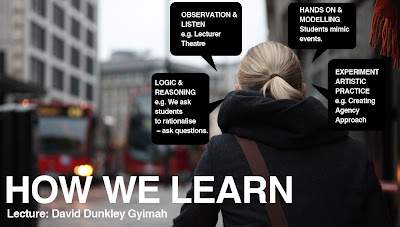 We're already awash with all manner of tried and tested successful learning methods. I wanted to concentrate on Creativity.
Problem is creativity is a bit like stand-up. The approach comes seemingly unrehearsed, depending as much on other factors e.g. the environment, material etc.  It works against being rule-bound. Yet seeks an inherent theory to define the creative actions we undertake.
Donald Schon documented this in his explanation of the inadequacies of Technical Rationality.

Disruptive fields are cyclical and happen all the while and the way we can get to grips with these is by being creative in our approach.
A couple of things emerge from this, which hopefully I'll spell out at the BFI. When's the next disruptive flow that calls on new creative challenges?
Posted by Dr David Dunkley Gyimah at 12:57 am