The BBC invited a delegation to look at its new shiny offices in Salford. Geoffrey Davies, the head of journalism at the University of Westminster was among the group and took these pictures. Over many years Geoffery has been specialsing in capturing media studios around the world.

So this represents his latest batch, which he's allowed me to post 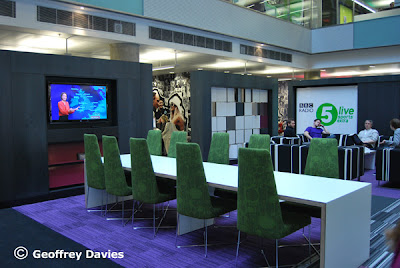 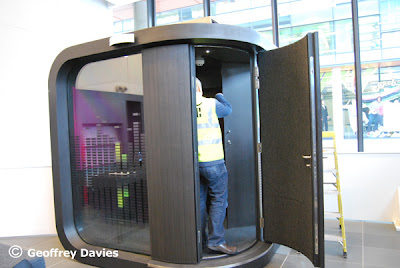 This is a great idea. This booth allows you to connect with one of the studios for live transmission etc. There are a number of gadgets inside. You can imagine these in years to come being dotted over the country or on campuses - where you can edit and do 2-way ISDN chats. 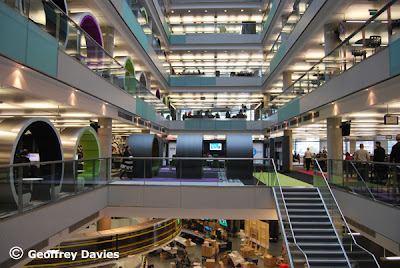 A wide shot of the new BBC building with seating pods - those round objects. The lower floor is a popular studio for football fans 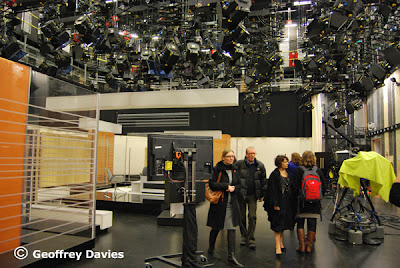 Yep its the Match of the Day set. You still need kerzillions of cameras for live broadcasts, or do you? 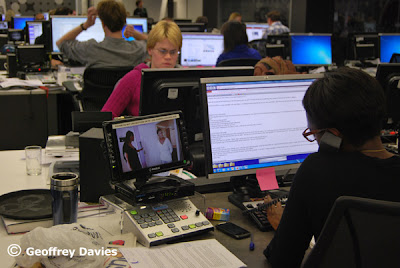 Journalists have their own monitor and a number of new gadgets for the 21st century reality gatherer. 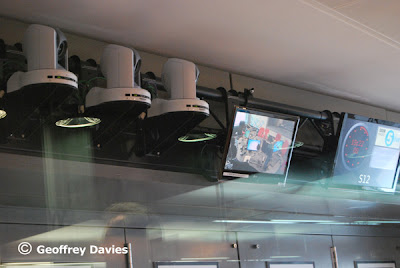 And thos cameras are fixed in the radio studios. Radio with pictures. Think NY1, The James Whale Show of the 80s.. Now we want to see online who is being interviewed. Wish that was there when I was on radio interviewing the likes of Van Peebles, Fela Kuti and George Clinton. 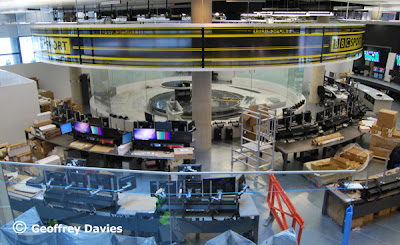 Unfinished studio, which is probably completed by now 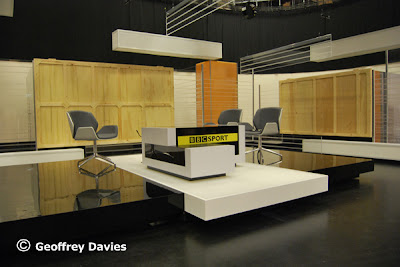