What next for Egypt's'Facebook revolutionaries'? Videojournalism Film Poster 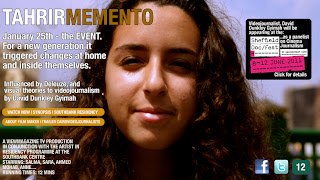 @BBCRadio4 James Naughtie featured a piece on the Today Programme - its flagship morning talk radio show - from Tahrir Square titled: What next for Egypt's'Facebook revolutionaries'?


Sarah a young graduate has been one of the key activists, whose actions has brought her to the attention of United Nations officials, UK parliamentarians who flew her over and Bianca Jagger - who follows her tweets. 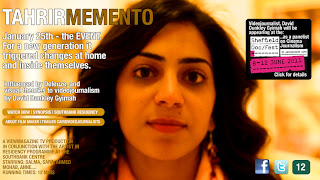 She is also one of five people featured in Tahrir Memento on viewmagazine,tv

Those in the film whose poster I have devised below talk candidly and personally about the revolution in a methodology I call the reflective gaze.


On a related note and to my current Master students I'm supervising, this is an Integrated Multimedia Videojournalism project  where the individual acts as creative director among other things.


Last week we spoke about creating affective posters for the film to be used for the multimedia site. 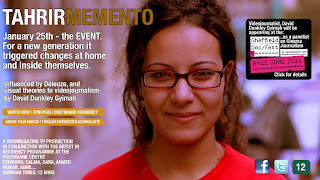 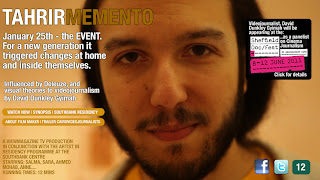