I am a journalist with a camera: a film maker 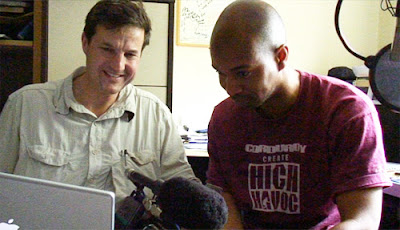 A feature caught my eye in one of the UK trade magazines: "We will invest in quality journalism", intoned the article, attributed to a senior news exec.

How many times have you seen that? It's a bit of an oxymoron really, suggesting those on board aren't quality, but more to the point is an easy rhetorical point to convince evetyone, that, yes, frankly we will invest in quality journalism.

An old friend friend rang me yesterday. He needed a voice over for a documentary. So I headed down to his house to masquerade as five different characters - some of which have done the most heinous things in war.

Claudio Von Planta is not a name you should forget in a hurry. You've seen his work, but he is an unknown. A craftsman, whose trade goes back many years. His most recent productions have found their way onto Al Jazeera and Witness presented by Rageh Omar; Sky and Mercanaries in Afghanistan, and an hour speacial on blood diamonds with the award winning Sorious Samura for CNN. 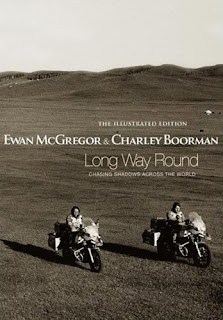 Claudio's most high profile production though is Long Way Round, a feature starring Ewan Mcgregor and Charley Boorman on motorbikes travelling the world.

Now the point I'm trying to make. The camera Claudio is holding aloft, that's what he uses and a laptop to make these superb programmes. In a video feature I'm about to post we talk about the creativity these cameras offer, the new programme makers, the insecurity of broadcasters and the phrase: We will invest in quality journalism - frankly whoever says that without considering video journalism doesn't know what they're talking about.

Detailed article on Viewmagazine.tv soon
Posted by Dr David Dunkley Gyimah at 8:23 am

David - I'm looking forward to this interview - When your feed teaser mentioned the SONY A1U and a laptop, my interest perked up.