12 possibles for looking at gun crime 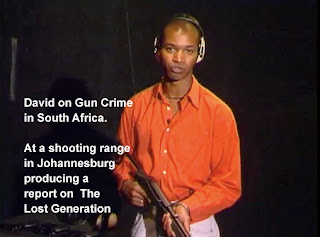 1. Intervention - accept that the age of intervention to help this generation is far below 15 years - perhaps as young as 8-10 when young boys start to figure out the peverse attraction of a maligned together ness as in gangs. Perhaps what's needed is a heavier dependence on life-skills presented by a 'different' sort of teacher, capable of engaging latch key students after school, who would otherwise be up for grooming in their troubled neighborhoods

2. That at the heart of society ills is a break down in discipline. Children's rights are to be applauded but at the point when they challenge adults, even in the event of being admonished, something's wrong. Progressive liberal laws need to be reexamined, unless like the prime minister you believe gun crime is being committed by a small section of offenders - which it possibly is - but the implication is we (society) shouldn't lose our perspective.

3. Stripping teachers of any power empowers unruly kids looking to fill a power vaccum. I was once physically assualted reporting from within a school. The headteacher looked on powerless.

4. A society can't have it all ways. Some good liberal friends of mine in South Africa carry guns - some are broadcasters. "They need their Glocks for protection, against criminals", they say. I raise a non judgemental eyebrow. Now put a stressed out kid with a grudge, and no reasoning skill in the place of the broadcaster.

5. Accept politicians do not have the answers. Most politicans will never be privy to the level of unaceptable behaviour from youngesters. Yes, their children carrying guns etc. It's a world away from that transcribed to them via news headlines or even from constituents. If politicians were serious about this, they'd be moe aggresive behind the scenes campaigns and embrace of community heads who have some idea.

6. Accept that when politicans want to do something - a priority issue - dangerous dogs act, invasion of iraq - they'll muster all available resources to make it work, irrespective of the odds.

7. Tougher gun laws e.g. lower the age of criminality to 17 will have some effect, but how much. Gangs exploit the law by making minors carry guns. You're only forcing an even younger generation to become the custodians of illegal arms through the actions of those older.

8. The pressure to join a gang is intolerable for youngsters. My nephew attended a good Catholic school. His mother worked double time - white collar job - to keep him their. But in growing up he was lured by the 'intoxicating' lifestyle of friends on his estate, who could do what they wanted, anytime at anyplace. By the time my sister-in-law had a hang of what was going on, it seemed almost too late.

9. There exist in Britain a lost generation. They're gone, unreedemable. They don't respect authority and live by their own code of conduct and summary justice. That much I witnessed also in the townships of South Africa - where the I first heard the term lost generation. If you were an actuarist you'd probably say there's nothing you can do about it. Liberal society believes that a henous cop out.

10. Stronger show of force. Some are bored, some aren't salvagable. Some have no idea what they're doing. Dis them in any number of ways you'd consider irrelevant and the consequences could be dire. They're not bothered by TV News or newspaers, so there needs to be an alternative show of force to demonstrate society's unaccaeptance.
e.g. million man march. It won't stop it over night, but will raise the consciousness of the issues and the legacy.

11. The media has a fundamental point to play. Unlike some countries that use TV as social tool, we in the west haved far advanced on that, so we watch what we want with the understanding that the broadcaster has limited rights, and beyond that its up to you. If there's an audience, there's a buck to be made.
There have been assualts every other day in the UK. The media would have you believe it's only happening now. Before hand it wasn;t interested. And two days after what's happened, it's yesterday's news and has moved onto something else. If this issue merited national emergency we'd see a different media response. Wasn't it the New York Times that ran with the 911 story in some form on its front page for a whole year? Somebody wanted to keep the tragedy in the consciousness of the nation.

12. Yes it's about money, but also aggressve intervention with parents who have lost control of their charge. What can be done? Accept that nothing will change, because after all the hullabaloo, what WILL fundamentally change tomorrow?
New prisons?
Posted by Dr David Dunkley Gyimah at 9:39 am