The power of thought - an ever evolving video frontier 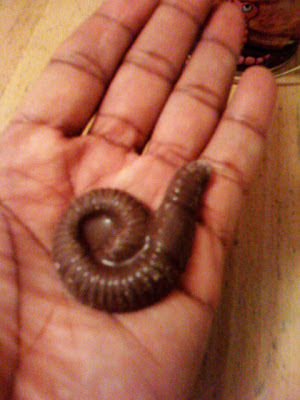 This Christmas present was bought for a friend who is a a keen gardener, worms and I'm about to eat this one. Yum!

No, I'm not pinning for a spot in "I'm a celebrity get me out of here", where all sorts of grubs are consumed with creased faces. This action perhaps captures the eloquence of that mystifying subject, semiotics.

Here's the box the worms came in. 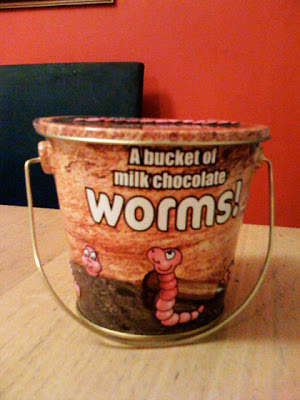 The image is of worms, which is the mental image - the signified. Worms. YUK! But look closely and its chocolate made to look like worms.

Through out art and cinema this play of the mental image and the image proper has been the crux of creativity on the one hand and in the hands of the despot, demagoguery.

With respected film makers we value its use. In fictional films, a light extinguishing with youngsters walking in an empty house evokes fear and imminent danger. With image makers whose lack of film knowledge is questionable, we are left unsure of any use of motifs, and their thinking.

You probably have a few good reasons yourself. But one of the more compelling is whether the film maker understands the implications and intentionality of the use of the image.

The worm-chocolate image is in fact quite literal as an example.

More complex events that are wrapped in cultural schema require more complex and dialectically subtle interpretations for the filmmaker to put them on the screen for you and I to negotiate.

As the viewers we then make our own independent connections. But if the video maker has done her homework, we veer closer to her intentions.  However the power of thought is as much  a socio-cultural phenomena.

What works in India may not necessarily carry in the US and even within a region there will be differences.

Appreciating our differences is at the very heart of great image making, but paradoxically acknowledging that strong critique is welcome in most places is another.

And in critiquing, there exists a state of objectivity where we steer away from the personal to the intelligible. The power of thought is indeed powerful, but great image making attempts to understand the effect of these thoughts upon us.