It goes by the working title of Vanguard on the front page of Viewmagazine.tv

It's a short film that previews a film I'm making that has taken five years. That's the duration it's taken for an 80,000 word thesis which investigates new knowledge in video story making.

How can some people produce stories that have us transfixed when the content is not the determining factor?

I used the expression with academic colleagues of a poetics of video story form. This has very little to do with the telling of poetry, but how the elements in a story hit a sweet spot or sweet spots.

The artifacts of narrative are so immersive that it's not the sheen per se associated with the film, the 5D look that is the clincher, though understandably subconsciously we are wedded to this. However to debunk that idea spare a thought for all the auters who shot on 16mm.

The underlying style is one which reaches a metronomic state. It's not definitive and certainly not unitary. But it's the beginning of the architecture for a schemata which also is not out and out prescriptive. You simply don't just pick up the results and apply them to your camera.

Sometimes we wish life was that deductive.

In the states of learning, a poeticism is without convention. It is the something else beyond the explicit, which is why some people see what we can't see. And then even those who can see have a respect for others who are transcendental. Think Gladwell's Blink.

If you're in a university, studying news and factual film forms,  or an aspiring film maker, or dare I save have some experience, it may have some interest for you.

I mentioned some of the themes in a discussion as a panelist at Europe's biggest newsgathering, NewsXchange (400 media people from more than 60 different countries, which the managing director Amy responded with this kind missive below.

You delivered an outstanding session on alternative storytelling techniques being adopted by traditional (mainstream) broadcasters. Our delegates were VERY interested in your observation on what is working and what isn't working and, in particular, in what the new world order might be.


That new world order, the title of an article I wrote in 2001, can be better understood in this post herre: New Minds for a new form of university. 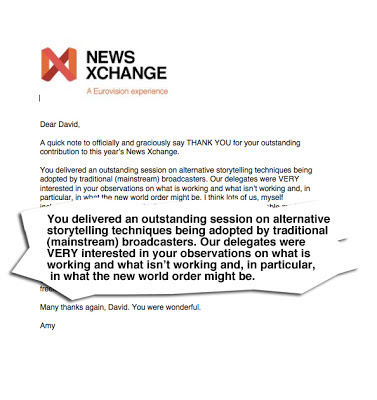 Below are some frame grabs from the short film that I have annotated.


In semiotics, this is what's known as a motivational shot. The image does not adhere to the conventions of framing. The effect on the viewer forces them to make sense of the visual narrative.

The result will my make you dismissive of the filmmaker  or help you appreciate its stylised effect. Again, the tension in the sweet spot is understanding how the shot works without being style for styles sake. Which paradoxically has its allure as well.

Scopopholia is one of the secrets of film making. We are drawn to moments of intimacy, beautiful people or character faces. This is a shot of me in the shower reflecting on ideas. Did you know that research indicates that the shower, running/walking, and moving in a car are some of the most fruitful places for generating ideas?

Compositional framing in which the background is the focal point that is deep focus, which in the antithesis of the in-vogue shallow depth of field. The scene has a draw from a combination of its lighting and the ambiguity of the scene.


Movement is one of the keys in visual narrative, otherwise the illusion of movement is a requirement in a poetics of story telling.

Video as with art has the power of suggestion. These two shots have presumably nothing to do with the primary narrative, but they attempt to mimic the notion of thought. Freud's psychoanalysis and implicit meaning are strong attractors here 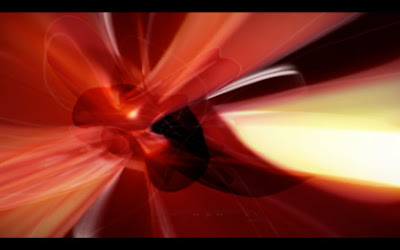 As part of the feature, I invited five respected film maker to evaluate my work. I also interviewed three of the most revered film makers, who pioneered film form fifty years ago.


In one of the plots in the film, a group of journalist are in the hot zone filming 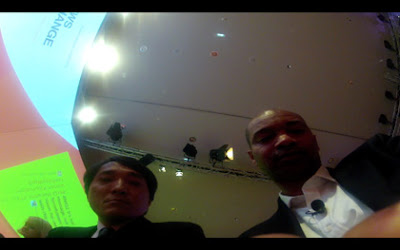 If you have time I'd suggest you peak the promo from where I grabbed these frames. It's on www.viewmagazine.tv. I'll dump it on youtube in due course.

David Dunkley Gyimah is completing a longitudinal Doctoral study in alternative video making and journalism. He is a juror for the Royal Television Society's Broadcast in Innovation Awards, which rewards UK and International broadcasters for their creativity in news story telling. He recently presented a three hour performance lecture to Senior Danish Journalists in Denmark.