Visualisation - at the heart of videojournalism and creativity


Athletes, artists and creatives know it. Scientists have been trying to understand it - being able to visualise puts you in a state to create or perform.

The celebrated Art philosopher E.H Gombrich talked of schemas and mental states. We draw something, see how it compares to others and then subsequently alter it for the next time. Thus we build schemas - mini formulas in our minds and in Darwinian fashion the good ones survive; others get filtered out.

How else do we create TV shots and why do they look the same? This is a question, within a question whose answer I'll reveal below.

Neuroscientists have recently unveiled results that support the idea of visualisation. 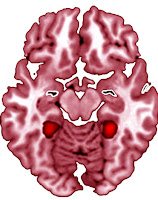 John Gabriel from MIT showed volunteers 250 images to memorise whilst going through a MRI scan - apparatus that maps out your brain. [if you're a member of Athens you can read the full report here]

Two hours later the volunteers were shown a random additional 250 images to see if they could remember the earlier ones.  The scientists say something surprising happened.

Just before the volunteers saw the same image from the earlier test the patterns in a part of the brain called the parahippocampal changed to reflect a low level of activity. Gabriel says it was almost as if the brain was emptying itself.

The team performed another test. They showed the volunteers images when they exhibited this brain pattern and found the volunteers' memories improved by 30%.

In some way in trying to remember something appears to put you in a state of learning.

Gabriel says "Knowledge of brain states that correlate with learning creates the opportunity to enhance learning itself".

Competitors taking part in the alpine sport, the luge, and Formula 1 racers, often visualise the course enacting twists and turns before they set off.

I discovered myself with observations for a thesis that solo film makers use visualisation in varied ways.

Think it; do it
Those with visual pre-thinking skills can accomplish the task of film making with a degree of ease - and I might suggest in a heightened state of learning are best positioned to carry out their tasks.

That also assumes a working knowledge of the task ahead or what I might call "inner-mind catalogue" of what I refer to as visual plates. But the key is what constitutes those visual plates?

The answer to the question I mentioned earlier resides in the last statement, which is if the repository of your images come from television, you'll go on to produce television and I believe if no Darwin-esque figure is able to act to alter the schema for TV, you will continue on that path.

This propensity to act by rules perpetuates a schemas. But what might have been appropriate in say the 1950s may not be now? In fact the 1990s constitute an important year zero with reference to a new convergence culture.

This largely affected a broad range of media, including news, albeit with reservations. There were specific and important alterations to TVnews in the 90s, but today if you're a visualists, documentary maker or videojournalist you could argue it wasn't enough!

In a later blog I'll address some of those schemas.

Posted by Dr David Dunkley Gyimah at 9:42 am