The Unreality of Reality


Two entirely different visualists: Rob Chiu and Kendy. Rob Chiu I have had the pleasure of knowing since the early 2000s. Kendy's work I stumbled across watching Channel 4's Urban theme: Concrete Jungle.

What unites them is a visual DNA, and also scores not too dissimilar to the undiscerning ear: Hecq and OBNY.

To their fans the two are way different, but all highlight a growing tendency in our visual culture: the unreality of reality.

In Sontag's epochal book On Photography, and if you're a theoretician in photography and you haven't read it, it's the equivalent of a playwright ignoring Beckett, Sontag pokes at the unreality of reality.

A photograph or image draws us to a realism in which more credence is attached than sometimes the real thing. In the past citing Gombrich she notes the image and its real thing were indistinguishable.

Today, our heightened sense of visual pleasure, brilliant colours, flares, noir has made cinema our reality.

Strangely, we'd rather watch the two videos above and marvel, than being given the rawness of the real thing. More so for a generation born into cinescopes' reality: games; films, music videos.


My work researching a doctorate draws some ideas, such as the reinterpreting, or reversioning of an event to heighten its affect; not for the sake of a 3 minutes of wanton pleasure, though that does happen, but an approach to burrow into your psyche - to disturb you or make you feel happy.

When those grey-suited men conceived of news and the recording of events in scientific mode - a stipulation that freed it from abuse - they did so as the nannying statesman protecting us from the deviance's of others e.g. yellow journalism, fakery etc.

Unless however the event ( news) is more gratuitous than the former its grapples fail to hold us, so in feature news e.g. docs, visualisation and sound scaping are designed to lock us in. By the way visualists have been doing this from time re:art movement to art movement. Note how the impressionists usurped the realist in the 1900s.

The unreality of reality sees TV being emasculated by 3dtv, composited form driving out what was its referent, by illusions overcoming physical states.

The unreality of reality was at the heart of the schism between classical film theory and post structuralism. In years to come it will become ever more crucial a factor that delimits our view of events.

And as the visual language grows, we can just about be certain, that a next generation's use of fluttercuts, flashframes, crushed blacks and the rest will itself become obsolete. 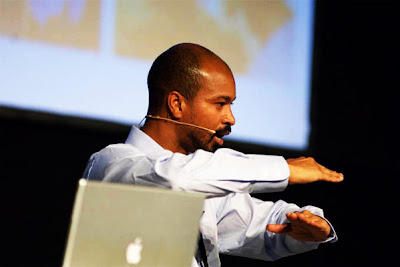