Been having a whale of a time with some practical and theory work; just when I thought it time I'd like to go back on the road and share ideas, work with groups, a couple of projects have cropped up.

One of the precursors was reliving some work from 1991-94 to illustrate to a group terminology thought to be from a web 2.0 age which was just as in vogue in 1992 e.g. Metadata and camera movement c.f DSLR shooting

Image stream one below from the BBC's flagship programme: REPORTAGE  shows how metadata was used pre-internet sans the reporters voice. That is it was used on the music arc.  More importantly too this was the era of MTV current affairs, a video journalism (directors often shot on hi8 or drop in shots) that  would appeal to Netizens.

This was one of the programmes I cut my teeth on after 4 years before focusing on that theatre of the mind - radio. 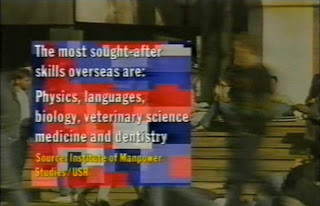 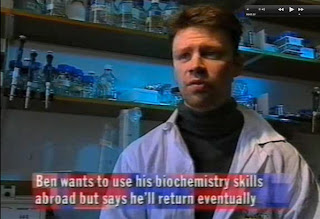 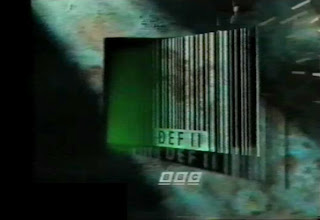 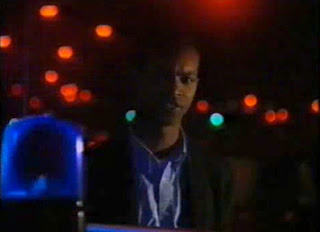 In photography, I went into my recent archives and pulled out a two hour face-to-face interview I had with Danfung Dennis - who is the ONE at the moment, with his Dante - award winning movie To Hell and Back.

Danfung like World Press Photographer Yannis Kontos  remind us of the image and non-conformity towards artistic practice. I have been using a technique I call reflexive-flaneurism- mapping, and what's obvious is in spite of all the codes, loosening of semiotics, genius or at least talent, something ( I don't know, call it what you will e.g. Dasein) something is difficult to grasp.

Besides the physicalness of being in that place and time, the essence of good visual making; there is the continuing invested self-resources, and then the Dasein.

This isn't new, but in the leveling of creativity, where the lack of books, knowledge, opportunities was once the norm, we can comfort ourselves that there is this other thing - a bit transcendental.

Where one group sees a formula for method and exhibit that modernist formalist bent; it's all in the form, others see each new task as an artistic odyssey replete with the torpid, sleepless, brain-thumping thoughts it induces, or not.

That's not to suggest training and pedagogy have no value, otherwise what's the point.

A student today hit the wall. He looked fairly relieved when I said the internal fight he was having with himself was part of the route to discovery. History is littered with tortured souls. We've come to realise though that there is genuine talent, that finds its way irrespective.

Kazuo Ishiguro was talking about his time at University of East Anglia's creative writing course. For a whole year there was no module, but the ocassional meet in the pub and talks with his lecturer Malcolm Bradbury about writing. Bradbury would later say, those who wanted to write, wrote.

I'm hoping to convene our next meeting at the BFI with the David Hayward from the BBC and Paul Egglestone from UCLAN, where we can exchange more data
Posted by Dr David Dunkley Gyimah at 12:35 am