Social Network and the law - Everyone's a journalist now! 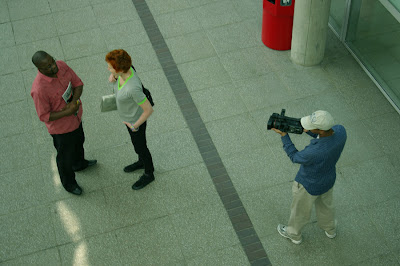 Did you know you contravene broadcast laws if you film a subject and don't get their consent?

Post script:
After writing this piece I was drawn to an article from the Guardian some days later, which is appropriate to this piece and chilling. I have posted the link at the bottom of this post.

A British Labour councillor who insulted bar staff on Facebook is now under pressure to resign.

In New Zealand a 20-year-old man makes legal history being sent to jail after posting naked pictures of his ex-girlfriend on Facebook.

In the US, New Jersey blogger Hal Turner believing he was indulging in "political trash talk" faces up to 10 years in prison from a post that three Chicago judges "deserve to be killed".

The bench had rejected an Amendment challenge  to a handgun ban in 2009.

If you're reading this and are unaware of what libel, defamation, contempt, privacy and copyright is, it's probably a good idea to become acquainted with it.
The Net and Law
Interestingly, the speed of introduction of new technologies has outdone traditional laws meant to keep journalism and many other related-in-forms in check e.g. novels, music, etc.

But in the last few years the fog and uncertainty of the web is becoming clearer. The laws of the real world apply as much as in the virtual world, and some.

The most striking cases I continually come across which draws sharp breath amongst *non-professional journalists is the laws of libel.

That namely, something said in jest can be misconstrued and that is no defence; repeating what someone said deemed to be libellous also constitutes libel.

Everyone now is a journalist, at least treated like one online.

There's no doubt in my mind as well that clever lawyers whose objective often is to set precedents are refining laws that may have specific rulings.

For instance, you write about an official or upstanding member of the public who lives in another country. You visit that country years later (who's counting) and find yourself arrested.

Of course:
Can You Fight Back
The I am Spartacus campaign represented a gestural fight back after thousands of twitters responded to 27-year-old accountant Paul Chambers comments which landed him in trouble.

It's not too dissimilar from photographers protesting against stop and search laws if you're taking pictures in London. I invited a ranking Met Police to our Masters programme who explained why that was happening.

Chambers jokingly commented about severely damaging an airport. It's cost him his job and landed him with a criminal record.

That's no fun, as travelling to some countries, or finding a job, merely having a criminal record (they don't ask you to explain) will exclude you.

Campaigning to address the unfair laws is a requisite of civil society: cue Poll Tax. However attempts to often thumb one's nose can sometimes have their own consequences.

Blow backs are a bit like traffic offences. Everyone, at some point, breaks the speed limit, but only a few almost randomly get caught.

So no one's quite sure whether the Spartacus campaign hasn't been tagged.

Don't mention those words
A bit like the apocryphal mentioning of those three key words in a sentence, which will lead US intelligence to your door. They don't need the help of Echelon to proceed.

It can't be that long ago when a Tory politician was severely rebuked for joking he had a bomb in his bag when asked by airport officials if he had anything to declare.

Times have changed and those enforcing laws are a anxious to say the least. Get it wrong and they bear the weight of public anxiety, so being overly cautious comes with the terrain.

It's clear now that while SM is surely being assimilated into media comms, the laws thus far to address privacy, contempt, and defamation will be featured more and more in news headlines.

Question is how do we handle the current and forsee what's yet to happen? Get acquainted with the law

By the way in the opening of the Social Network, where the character playing Mark Zuckerberg calls his his girlfriend a B***ch. What are the odds that if that happened today, they'd be a lawsuit involved. Just a thought.

*In this case only I'm referring to *non-professional journalists as those who have not had formal training of the laws of defamation and Contempt.

Postscript
Please read this Guardian piece on how companies are now suing individuals rather than media establishments:  Now the libel law sharks are going for the little guy

David Dunkley Gyimah, a senior lecturer at the University of Westminster, and PhD Candidate at SMARTlab University College Dublin is a member of Microbes Mind - a gathering set up by Nasa researcher Zann Gill, which provides provocative questions and answers to scenarios. He lectures in digital media including media law and has previously reported from the British High Courts.
Posted by Dr David Dunkley Gyimah at 1:04 pm