Ghana and its independence 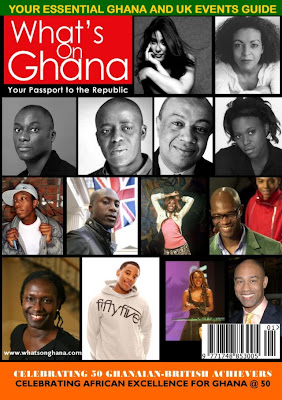 So I'm watching CNN and this lavish affair - the first collaboration between CNN International and CNN local to celebrate India's standing with its next generation.

Meanwhile on the Euro front, in Berlin, celebrations are in motion to buff the treaty of Rome - 50 years since it was signed. Will they won't they, that is apologise for slavery? - The world, the UK in particular, marks the abolition of slavery with a series of programmes. In April Larry King CNN's venerable chat show host celebrates something of sorts.

Then, blink and you might miss it, but Africa's first state to gain independence 50 years ago has just spent a shed load of money to commemurate this event. But then you probably missed it.

I have a vested interest in the latter: my parents are Ghanaian. My mother in fact half German - the result of early traders looking for new pastures. And I have spend considerable time in Ghana.

So to the celebrations or thereabouts. Ghana couldn't have picked a worse time to proclaim its jubilation for being set free. The BBC carried a slice of news, tucked away on its web site. There was an interview with the president HE John Kufuor on Radio 4 and a smattering of news packages here and then.. and then that was it.

In our teutonic news driven world, there's a lot to be said about how proactive one has to be to gain column inches. And sadly a proactive news agency is one thing the Ghanains are lacking in the UK. Notwithstanding the absence of any lobbying, why, you could ask, rely on the big news sources anyway.

Perhaps because the big news beasts still matter on the international front. But that doesn't negate the Ghanaians from forging their own documentaries to underscore the year. Sadly that doesn't seem to be the case. Browny points to the good people behind What's on Ghana for putting a series of gis together.
Posted by Dr David Dunkley Gyimah at 5:12 pm