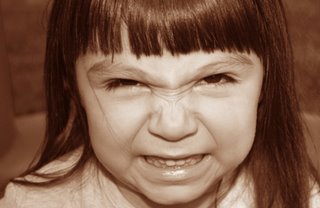 Should launch the sites fairly soonish and then get marks back to authors. But I say that frankly if you've built something you're pleased with and peers feedback the same thing, don't let marks be the pebble in the shoe.

Going to try something with the help of Howard Rheingold whose book Smart Mobs is a must read and PGDips/ Masters. There are about 3 discos going on regarding media thought.
a) Will technology force freelance future?
b) Will TV die and evolve as something new in the coming years. NB Tele - will anyone be teleporting vision, when it's ported through the net
c) What unis will look like in the future?

The idea is to attract a smart mob and in pyramidical fashion have the mob attract others. At various conferences I have attended such as We Media, the kind of event blogging in real time proves an appropriate sensor of the unfolding of time and opinions.

Meanwhile, we wait. . . actually I meant I wait refering to something else. An email that dropped by has me curiously waiting intrigued by a possibe reply. OK, so it read briefly from the FTSE company: "We would like you to come and speak to our leaders. . .".

But then I should know better from my own strictures: emails are very rarely returned swiftly, very rarely replied to first time, and then only when the recipient has the demands of needs = wants fulfilment in mind.
Posted by Dr David Dunkley Gyimah at 7:20 am