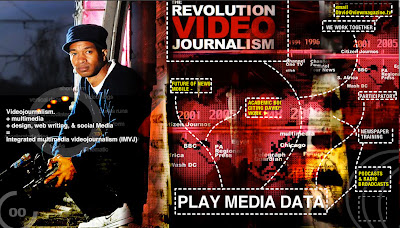 Our penchant for lists, for formulaes often reduces the extent to which we might seek to uncover fresh approaches.

Arguably you could question whether there is anything in the world of video/ film to unravel anew.  We simulate the work of others and adopt their signatures.

Name a visual narrator who built a career in isolation of the industry. Everyone borrows from someone. We crib books, comb blogs, analyse video.

We listen to presentations. Sometimes we marvel at the work that confronts us. Then we stop and think. How did they do it?

I'm reminded by a presentation I gave a while back in Berlin on videojournalism.

Good film makers know how to copy others without you noticing the tracing paper,  really good visualists know when to break free of their idols, without the need for tracing paper

The list works to an extent, but then fails because it's no longer enough. It's too prescriptive.

Sometimes we'll just give a nod to a style which transfixed us:  Turner Prize Winner Steve McQueen was influenced by Buster Keaton films and then Renaissance paintings to achieve the look in his critically acclaimed film on Bobby Sands.

I chose McQueen because he proves another point about cross-creativity: when in doubt go to the Masters of the genre and deconstruct.

For those learning the art of film making this can often be testing. The magic pill is extraordinarily alluring. But  I would caution. Look, learn and leave it.

Better still there is no pill. The swan syndrome disguises the hard graft many of the people we admire put in.

Interrogate the form, ask questions: lots of questions and then leave the top ten tips to those who want to proficiency over originality.

Good stories have a habit once they've been stumbled upon of finding good story tellers who do it justice - eventually. Though I accept you're now counting the many that got away.

But each story has its own internal dynamic; a metronome, a dream-like quality where those top tips may help and also constrain.

Oh my top ten tips:
We'll talk about the last one when we go for drinks.
Posted by Dr David Dunkley Gyimah at 11:49 pm