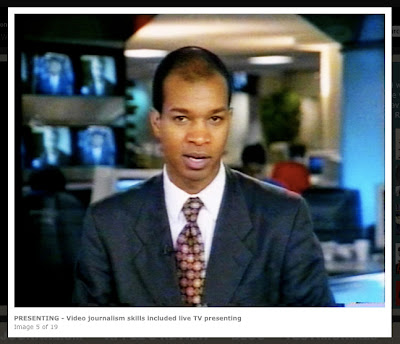 David during his News presenting days - more pics on front of viewmagazine.tv and at bottom of posts

Bidding for a politician to come on your new network is one of the most pressing functions for broadcasters. For any researcher and producer given the task it amounts to a sacking or favoured son/daughter moment.

Once at Newsnight I remember pleading to the point of desperation with my government spokesman to come on the show.

Tim Gardam, the editor at the time, made it clear: get the spokesman in the studio.

So here's my play guide at Broadcasters interviewing politicians.

1. Before the good old days of instant audience feedback and blogs, programme makers worried very little about what the audience thought. They likely still feel that way. About the only thing on their mind is what rival broadcasters think.

2. Making a bid for a politician means talking to their party machinery. First the personal secretary or press office depending on what number you have or better still if you know the party chief strategist, pulling in a personal favour.

3. At the time of bidding, the team are also vetting you. Who's going to give them a good run? The arm chair approach or the confrontational.

4. First time out, as a newly elected, the team are looking for a soft landing inteviewer. Some one who won't be rude, will not want to be scoring points on banana skins and understands the game.

You can be firm, but cross the line and you're exclusives are out. See you in the pool and then some.

During the 2001 general election in the UK, Channel 4 political programme powerhouse ran an item I'd produced around national insurance contributions. It imagined a "what if" NI hike by labour. A senior labour spokesman being questioned by the venerable Michael Brunson, called the item twaddle or thereabouts claiming labour would never put up NI - which Labour had never pledged. Ooops!

Labour's leaders, Blair and Brown, refused from then on to take any questions from the Powerhouse team in news conferences. Funny thing was, the editor of Powerhouse was Andrew Brown, Gordon Brown's brother, here providing me with a glowing reference.

The Powerhouse team though did wonder what Sunday meals must have been like with the Browns at home. 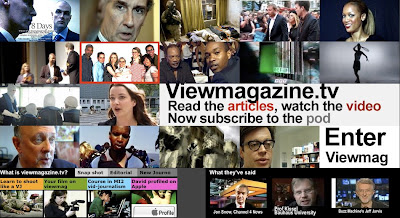 The Network needs the politician to deliver ratings so a tacit agreement kicks in about what can and cannot be talked about. It's a barter. Anything off limits and that's it you're done.

Interviewing the Tory's Secretary of state for transport, Brian Mawhinney, during the Major government I was warned by his team I could not ask about the M11 motorway expansion plans.

After my second question I ran out of ideas, so asked the question. The interview was near stopped.

6. In the bid you'll put forward the presenter likely to be doing the interview. At some point you'll put your journalist on the line with the party machine. They'll talk for several minutes.

7. On interview day, you arrive with crew and whilst you're setting up, your presenters prepping. Often that means talking to the interviewer, smoothing over how it'll start and the direction. Specific questions are not spoken about, but the strategist will be conferring with you researcher and producer about off limit subjects as well as gauging what you're looking for.

Journalists like Jeremy Paxman don't do small talk, as far as I recall working on Newsnight. He might just about say hello, but then that's it.

8. The politician has been coached how to deal with journalist:

rule a) Call him or her by their first name. It destroys any notion with the interviewer that this is confrontational and if it does go that way, the audience look on thinking " how could that SOB do that to that person".

b) Always look at the presenter. If you don't know the answer to a question turn it into a question. It'll buy you time and in some cases the nice presenter will fill in some gaps for you.

9. How much research did you pass by your presenter? Loads, you handed your presenter the Magna Carta. Unfortunately there's only a set number of minutes available and because there's no one issue to hammer, it's likely the interview will be expansive merely touching various points.

And unless that is your presenters is wired up with an ear piece to an off camera editor, the presenters on their own. Even the most skilled presenters need a good editor/producer to help them zone in on answers usually glazed over.

10. When the interview is completed the party will ask for a copy. Don't give it to them until you've broadcast otherwise they'll want cuts and lean heavily on you with future offerings if you don't.

Also watch out for the freebie exclusive tickets to Tennis, and the inner sanctum. There are many ways of thanking a presenter for a "great interview".

You've just played the interview game. No blood on the floor. Your reputation in tact and your interviewer fights to see another day. Even become vice president- when you get pay back.

Meanwhile your interview gets syndicated and agencied to every broadcast around the world. The politican shuts the gates to all others: "Sorry no more interview at the moment". Unless that is you can promise us something....

p.s I got my spokesperson in the studio who spoke about government action in Child abuse cases.


A few of David's interviews 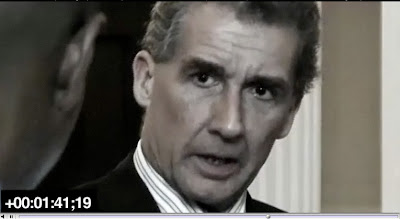 Interviewing the Director of Chatham House 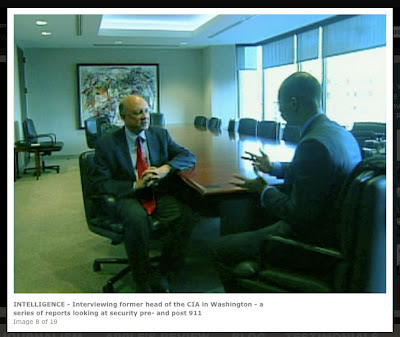 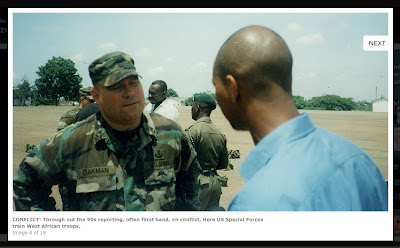 Interviewing US Special Forces in Africa 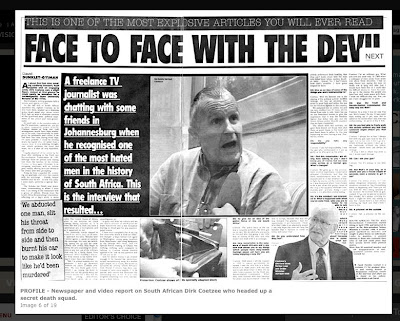 Interview with Political Assassin Dirk Coetzee, South Africa : sorry no video controls on this yet.
Posted by Dr David Dunkley Gyimah at 11:47 pm