Ask what you can do for video journalism 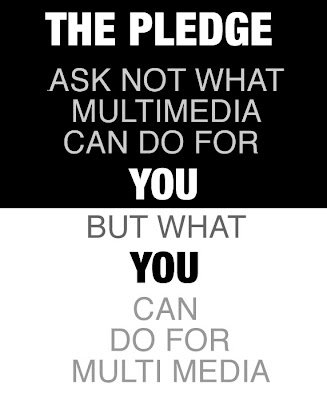 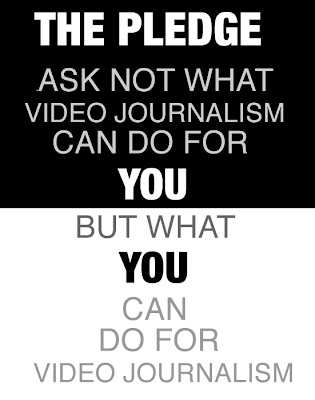 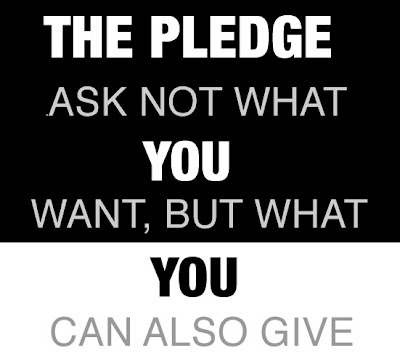 You know what I mean and there are a long list of people we ferret out who do this.

Been under the bonnet again, using an application brought to my attention by one of my Masters students Ying.

Saw it on Apple, but like most things now, I suppose if you know where to look you'll find the code.

It's called Lightbox and you can see how Ying uses it here on her final project.

It's very easy to use with a good forum for feedback.

Effectively it defocuses the background with a black mask to make your picture more prominent.

Apple uses it with video on its trailer sites.

That way then we could focus attention on the language and changing culture of story telling.

Well I suppose that wish is all but answered.

Revolutions and Solostream Word Press can make any avarice content provider compete with the big uns.

The look and feel is almost worth jetisoning your own web ambitions for an off-the-shelf layout.

We're fast forgetting the days when it was spit and polish.

Video circa 2001
I remember how I laboured through love to put video online when the only code was via swfs.

As a result quite a few legacy pieces on viewmagazine have rubbed the wrong way because of a lack of video playback.

That's now changed with flvs and action scripting 3 that allows you to stream from servers with controls.

What was once a pinning pursuit with brightcove is no longer off limits. There are so many players, you ask how they stay in business.

And with bandwidth premiums gradually becoming a thing of the past, there's scope for greater innovation.

Which leads me to a feature on the BBC's click about hyper local coverage and community correspondence.

Bloggers et al contribute to around 20 mico sites which are all but self sustaining.

Last year they grabbed the online community and consumer prize in the association of online publishers awards which included the BBC and Sun newspaper.

The BBC is in the throes of considering hyper local.

The model sets up an interesting value system in bringing in revenue. If it becomes invaluable in, to use Channel One's phrase, "News you can Use", consumers will pay.


Hyperlocal's paymasters
Couple of days ago I posted a commercial I made for my local tax advisor.

And in hyper local you can see how the local bakery, mechanic and landscape gardener can fork out comparatively a couple of pounds to get themselves out there.

Ask not.. but what you can give. This week Julian Aston, a name that may not mean anything to you, holds a party to celebrate his retirement and being self reverential his reinvention.

Julian Aston alongside Sir David English was the figure who pushed video journalism's uptake in the UK in the mid 90s.

I'm thinking he can afford a huge sigh and the thought that he has given much to video journalism and where we are today.

No one as yet though has replicated his revolutionary juke box play out system, but then would you with the web.

To see a clip of Julian with Sr David click here.

Actually correction that's not him but a youthful Michael Rosenblum 14 years ago talking video journalism.
Posted by Dr David Dunkley Gyimah at 4:18 pm

The look and feel is almost worth jet(t)isoning your own web ambitions for an off-the-shelf layout.

We're fast forgetting the days when it was spit and polish.

That has been the case for my web design clients - they are willing to forgo a super slick design and go for the structure layout of Wordpress - even for doing a fairly static site where very little changes info wise. Ease of use on the back end is more important to them in maintaining their own site.

And with bandwidth premiums gradually becoming a thing of the past, there's scope for greater innovation.

Comcast, the largest high speed internet access provider here in the states is beginning to implement a 250GB cap on bandwidth beginning Oct 1, 2008. Although that seems quite a bit currently - as HD over IP begins to take hold (Vimeo does 720p Flash Videos already), this will become an issue for those use to unlimited bandwidth. I think Comcast can see where all this video online is going and are positioning themselves to control their infrastructure for the time being - IMO, it's under the guise of controlling those who are using bandwidth for torrent downloads.