Role models - who decides who is and not? 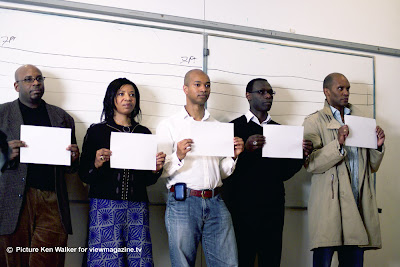 They are never seen nor heard. They are a silent minority going about their work, selflessly, under the radar.

Now whilst I could be referring to my colleagues above - all lecturers, all leaders in their field - I'm not referring to them.

Though many of them mentor already.

No, we've chosen a path to work with the next generation. Many mentors are called upon to do something that's almost diametric to their journey.

However many are mentors-in-waiting if you were to consider my vote in Paul Macey - more on him in a moment.

But why all the talk of mentors?

No this is not a punt to get on the scheme but indulge in a debate of sorts.


mentor?
Who decides who's a mentor?

What criteria is required and is it universal?

Can your mentoring badge qualify you to speak to students as much as those already in the criminal justice system?

Is the racing car driver Lewis Hamilton a mentor? Or is Shirley Thompson, an amazing woman, multiple award winning composer who's scored for the Royal Philharmonic, Push and played had her scores played on Broadway?

Does Hamilton have what it takes to mentor a troubled teenager from the life of crime?

Would most black youngsters want to listen to Shirley talk classical music?

Must a mentor have something in common with their charge?

Because then the governments could call on Britain's talented black musicians or footballers?

Or does that reinforce an aged stereotype?

Chinese speaking, but equally if not more important Director of music at the University of Westminster, who has revolutionised the programme. He's past has involved looking after a number of high profile bands. He was responsible for getting Russel Simmons and Reverend Run to the University. He has launched the only, as far as I know, record label, within a university.

Do you know him?


Mykael Rilley second from right was a founding member of Dub reggae outfit Steel Pulse and founded and fronted the Reggae Philharmonic Orchestra. Equally awesome, he's in the middle of his PhD on amongst others archiving jazz music etc. And is a tour de force.


Far right is the extraordinary David Matthews, lecturing in journalism, behind two very well received books that exercises the art of gonzism. In one Dave becomes a boxer, Looking for a fight, to write about his account. In the other he buys a grey hound dog to understand what grey hound racing is all about in Man Buys Dog - A Loser's Guide to the World of Greyhound Racing

Does Dave( street-sussed) Matthews qualify as a mentor?

We took this photo last year, dreaming up what could be done when you combine education with ones own professional background.

There are untold number of mentor schemes, and I'm sure we'll do something which doesn't have the bells and whistles but gets the job done. As lecturers that's what we do.

It will be interesting to see who makes it onto the Government's Mentor Scheme. Oh Yes!


My choice: one of the hardest working, nicest guys, whose experience with young people at the coal face is outstanding is Paul Macey, whom I had the pleasure of getting to know when many years back five of us launched a creative multi-disciplinary agency.

In an article one viewmagazine, I'll flesh out Mentors with video etc and comments from the aforementioned themselves.

And later today, hopefully I'll find some links of my colleagues above, mainly from films I have shot of them.
Posted by Dr David Dunkley Gyimah at 11:52 am