The Brits are coming, Black British talent as a cultural market force 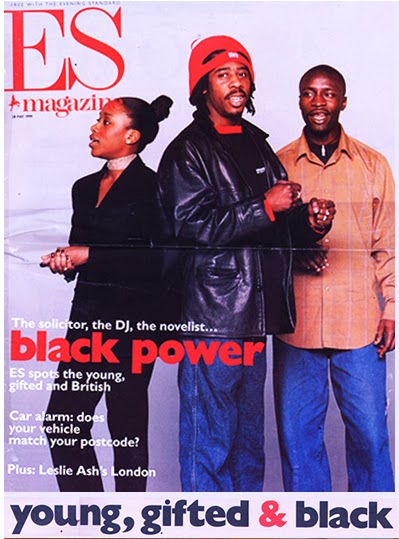 in 1981 Colin Welland announced to a global TV audience at the Oscars that the Brits were coming.


That aphorism has hung around the film and entertainment world for a few generations, with the feeling that the eponymous label about the Brits never really did arrive.

Granted the UK, as Cameron told an audience last year has been behind the export of amazing talent.

Where do we start?

But in all this the experience of Black Brits as a global product has been muted. After all, why shouldn't it be. The Brits are coming signifies all Brits. Colour is irrelevant.

However, in  publicising iconic Brit styles the photo shoots and write ups allude to a thinking that the Brits are coming can be somewhat skewed.

The industry after all has struggled to, can I say, "create" a ground to nurture talent, be it black, white, working class, women or the disabled. All these groups are relevant but in an attempt to take the sting out of any barb I am a being narrow minded, I mean to focus on blacks for this post.

Famously, for instance when the British Film Institute went to Cannes taking scores of new talent with them they forgot to invite Jean Maria Baptiste, after she'd been nominated for a best supporting actress Oscar in Secret and Lies (1996). Baptiste was the first black Briton to be honoured by the academy.

I still remember watching her crestfallen on Newsnight trying to understand. Some years later, Baptiste appeared to have served up her dish cold as Vivian Johnsnon in the US series Without a Trace

In the 1990s I presented a show on the BBC called Black Londoners. Myself and Sheryl Simms considered ourselves progressive - still do, so race was not a blunt instrument in our show, but we were conscious of what it meant to empower generation as achievers. Take this interview with the great late Eartha Kitt


I mention this point because irrespective of the work often undertaken by black Brits, there is always a sense that their parent's heritage means as much to them, as their Britishness. That's why the Black Brits are coming is not incendiary or provocative. It does not promote difference, but highlights a strength.

Yes I said to Boer Farmer in 1992 in the deep rurals of the Orange Free state, there are black people in Britain, to his utter amazement.

So, yes the Black Brits are coming. Only visibly, in so far as the Oscars with 12 Years a Slave and Mandela's film fronted by Brits. Then there's David Harewood in Homeland (2011- ); David Oloyewo in Tom Cruise's Jack Reacher etc.

But is saying the Black Brits are coning, as both a creative and academic is there any empircal evidence to support this. Haven't they always been there and I am merely using a journalistic device of setting an agenda with a nice headline.

That's what I'll be exploring in a much deeper post.

In 1999 leading up to 2000 there were a number of articles written which included some work I had done. The most visible perhaps was from this Evening Standard spread which featured a dynamic new writer called Zadie Smith.

As I recall Smith said, it'll be a victory the day they don't have to line up a number of black talent to make a point.