Television news has its last laugh at social media, but could that change?

Many digital natives willed it, the end of the behemoth broadcasters.

In 2006 at the BBC in London, WeMedia - a forward thinking agency -  held a two day conference.

A measure of the company's pulling power was how the then BBC's Director General Mark Thompson was one of the speakers, as was actor Richard Dreyfus and roll call of international key figures, such as Jeff Jarvis.

If you examine the period, what was equally interesting is how corporations like the BBC wobbled in their confidence when it came to areas of the web.  That would later change. How?

The BBC either bought in talent such as Erik Huggers and Roo Reynolds to launch its second life, otherwise sent its management on tech finds.

I met BBC managers in Podgorica, Berlin, Brussels and so on. When the Social tech history is properly written and TV states its place, what will emerge is how networks like the BBC stayed relevant to audiences by coming quasi social e.g., its iPlayer.

Digital natives may stand outside the corporation and critique the BBC's lack of this and that. For instance its social media strategy, but in truth, companies like the BBC have bolstered their standing in the new digital age, by adopting and recreating.

Its innovation devision and its Hackathon is just one example. There are many, and as one of the BBC's senior executives told me, yes they are learning from the web. It took a while - I attended the BBC's ONA meeting in 2007 when it was trialling embeded video - but the divide between the rump of the bell curve of external social mediast and themselves is quite narrow.

The BBC is part of a multibillion dollar industry. It's news department sells news and whether it sticks with ageing traditional models of broadcast which are 50 years old, it's not going to go away anytime soon.

Because as I said their adaptive skills, but also because of their legacy viewers. In other words, the way we watch and consume news was taught to us by corporations like the BBC, and when we went online the BBC merely reworked its videos to meet our needs.

Young people may not watch the news, but that's not because of Social. Young people rarely watch the news and where news corporations are losing audiences, actual evidence will show its enough not to affect their confidence.

That's because their brand is still strong, and a considerable number of social media still rely on the BBC for content to tweet and talk about.

In my PhD research I address a fundamental issue that questions news production. It is relevant for the younger generation and if its contents prove popular, in part driven by marketing, then it could add to other strategies in the way we produce news.

Until that is, its readopted. I've already had some interest. 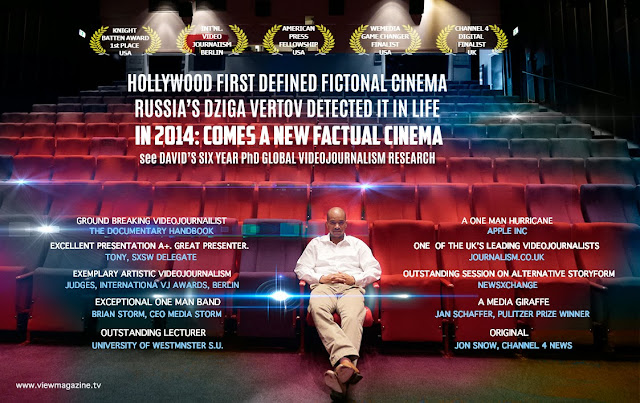 
Posted by Dr David Dunkley Gyimah at 2:29 am