It isn't enough to say what you have, where you've studied, worked, or even the awards you might have won.  It might help, but there's something else...

Learning to break into different forms of media, even innovative types of creativity involves learning about the greats in image and film making. As Gilles Deleuze, one of the great philosophers states, good film makers are good  philosophers who put theories into practice and create theories from practices.

Take DW Griffiths Birth of a Nation. It was supremely racist, and draws justifiably no end of polemics.

That it has been included in the US library of Congress' national library, nominated by Jon Singleton, is worth noting.

Because in film making terms, you can't ignore it. Griffiths was one of the first to cross cut, a technique which he lifted from literature. And, almost everything we know about classic film making in grand vistas and narrative is in that film, made in 1915.

Styles of Video
I specialise in a very specific style of video news making and image making, for which I count web making and commercials, via deploying various empirical theories. Apologies, that's not meant to be arrogant, it's a reworking of De Caprio's line in Inception which makes a point.

The subconscious De Caprio's character mentions is the space of the intangible. Consciously, you might think of doing one thing, subconsciously, the theory-side could sway you elsewhere. It leads onto the question, how do you know what you know?

This an hour lecture I delivered last week to a group of Chinese students, and used similar thought processes in videojournalism and the rest.

For the web, I asked why does a web site look like a web site and not a tea cup? Various responses ranged from because they do, that's obvious, to because that book/ person said so.

Try asking the question and see where you land. Yet in 1994, as I presented the news that was a legitimate question then as it is now. The news item was about this new thing called web sites. 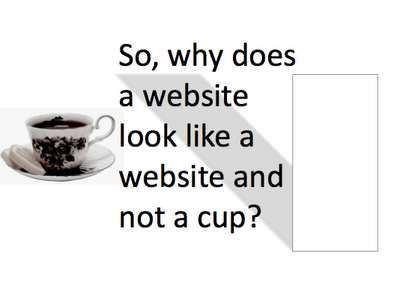 The conceptual approach towards the formation of theory involved testing the students on a number of cognitive approaches applied to film and web sites.

For instance this is one of the 90 slides, where the Chinese graduates judge which one they prefer and why. 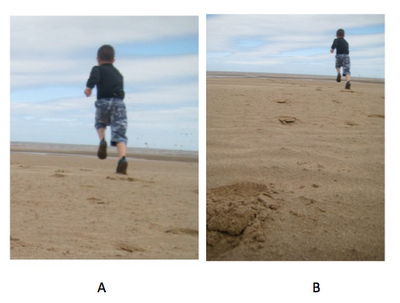 The most interesting response came from a student whose English wasn't as good as his colleagues, but his expression was captivating. Most preferred (b) and his response is he was in the space with the boy and could feel him running. Theorists characterise this as phenomeology.

But the question remains, why he liked (B).  You might now quote the rule of thirds, which at best can be described as a mathematical variable, we appear to be hard wired to. But then something remarkable happened - the early signs of a concept that needs further testing.

When I showed them this next slide. 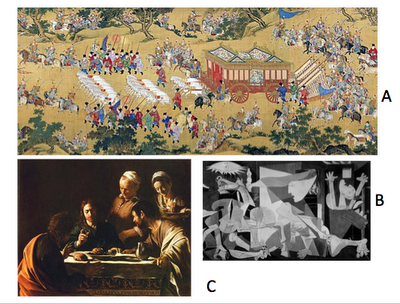 Many preferred (A) - a painting from the Ming Dynasty. Few preferred (c) a Caravaggio piece, but surprisingly many leaned towards (B) Picasso's Guernica.

Now, yes this could be based on their aesthetic -which one draws their interest - which is in itself part of the test.

I then countered with a physical exercise to test this last find. The green shoots of chaotic design persisted, even though there were signs of a balance.

What does this tell us?

If as Schmidt, Google's CEO says China will dominate the web in the next five years, then there could be a fundamental shift in design an application.

Then I got them to assess themselves using this programme (1 of 2 to look at learning styles of individuals)  which would help verify their level of visual skills.

And this is what it said about Cynthia Yuan, a 20 year old majoring in New Media Art and Design. 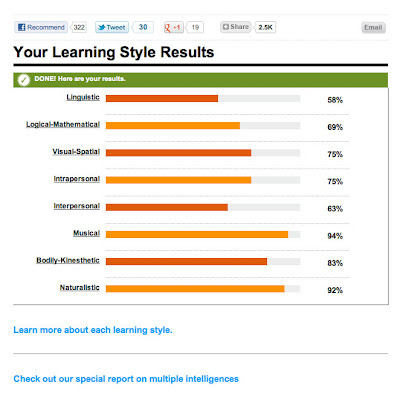 After half an hour employing a wisdom of crowds approach and using the questions in the lecture the teams produced a series of websites looking at the futures.

The image below represents one conceptual page - which sees the web as cinema a 3D  map of web pages, in which you can speak live to real people and the site projects into physical space.

I saw something similar in China last year. 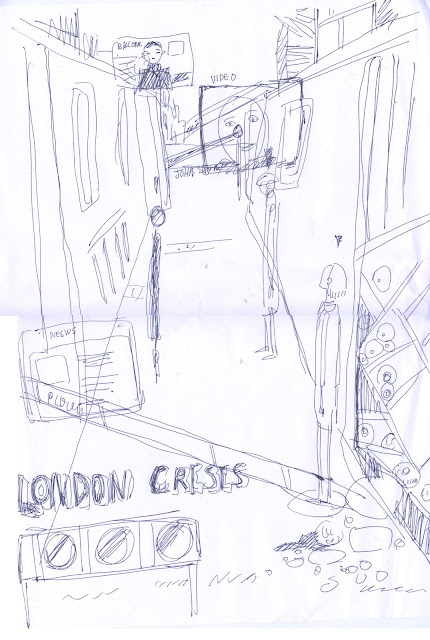 This is the front page with its navigational rollodeck 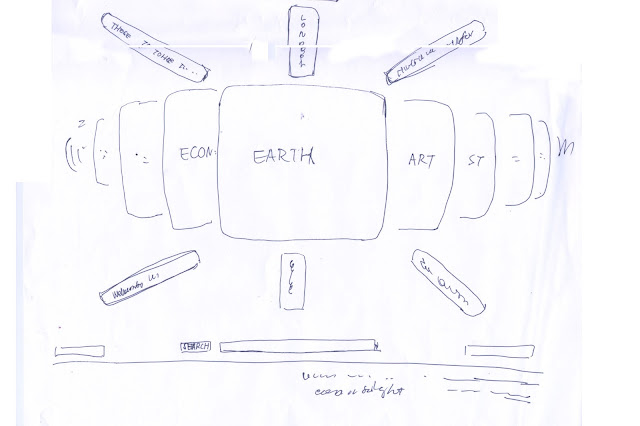 And this is an example of an inner page. Again the site encompasses a cinema feel. 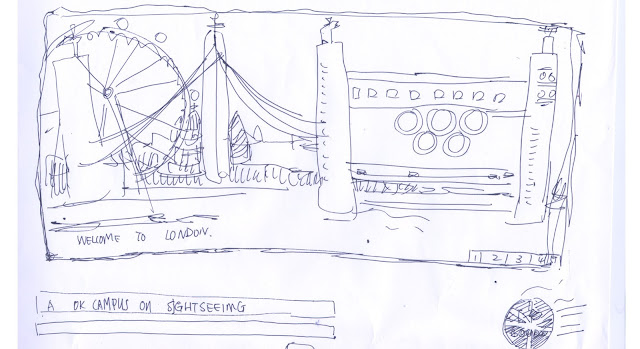 And finally showed them a short videojournalism piece I made produced two different ways to test
how they distinguished between different forms. This is what Cynthia Yuan had to say. 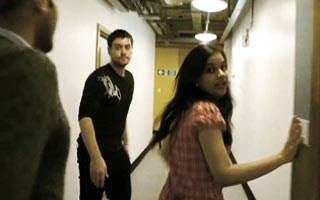 I think the first one is a piece of news and the other is cinema.
The news should be short time like the first one. The news should tell a complete story in concise language. And say the most important things in the beginning of the video. The cinema should be based on the documentary , and then join the artistic expression like the second video's clock. It has been many times to express that time is running out. There is a change in time order. And the second video also has many close-up that is the most different from the news.

For me this is all fascinating, because it's not taking anything for granted, but proving how theory can reinforce practices. You'll notice that Cynthia is referencing the manner in which she sees the images in her manner of prescribing different forms.

In the last five years I have conducted several of these empirical studies and the strand on video is currently being written up, and will be delivered as an executive videojournalism programme in Tunisia at the end of the month.

Next week I am in Dublin, if you're around UCD, let's do a meet up with talks and coffees.