A difficult and at times pretentious word to comprehend, postmodernism; never mind the post modernism journalist.

As the opening quote at the Victoria and Albert museum's exhibition puts it, if modernism was a window on the world, postmodernism was the broken shards, spelling out multifaceted, pluralistic ideas.

They - artists, filmmakers and journalists - were radical, even dystopic and most certainly individualistic.

For the 1980s the height of postmodernism, there was the idiosyncratic The Face Magazine; in Film, the epochal Ridly Scott's Blade Runner (1992); whilst TV birthed Miami Vice - so cool it makes CSI Miami look damn dour. 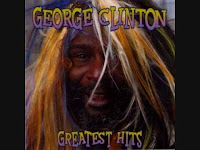 And then in the wings the emergence of the postmodernist journalist  (PMJ)- the DIY journos who could just as well speak intelligibly of a Guy called Gerard or Public Enemy with the Palestinian-Israeli Intifada, and the Contras & Oliver North.

The now famous slogan of an unknown sports brand circa 1988 caught the zeitgeist as one of basketball's greats Magic Jordan showed man truly could fly without technology.

All this created a heady mix, from which emerged the PMJ. They worked across radio, magazines, newspapers  and TV.  I recall walking into a BBC radio suite with people like Ekow Eshun who typified the PMJ presenting on radio one day and then deconstructed Mary J Blige's troubling career the next as deputy editor, then Editor of The Face.

On TV the PMJs occupied Channel 4's Network 7 which decomposed and reconstituted as BBC Reportage (see David reporting from Reportage below). They were young, brash and not afraid of risks. If you weren't doing everything, you felt left out, so  I too did magazines, presented radio and did TV on reportage.

And like others when I got restless, upped sticks and moved to South Africa for 18 months, or ended up in Falaraki in the summer making films on Hi-8 cams. And no, I didn't know anyone in South Africa when I moved, but I'll be forever thankful to British Airways for the complimentary ticket.

And then in 1994 the PMJs dream job - videojournalism at Channel One TV.  That extraordinary era is presently being written up for publication, but let's cut to the next movement, the PMJ became the postmodern videojournalist at the time when post modernism was dying.

Attracted by money, big money, the original movement sold out. The post modernists grew up,  made careers and went suburbia - in any case there's only so much you can hold on to an idea before it becomes commodified by the industry.

The New Videojournalists
The videojournalists created their own ecology of havoc. Bemused onlookers watched in disbelief thinking "poor journalists, not enough money for a camera operator". And we had public figures by the ropes. Media training then was something you did in the gym watching television. Now you can't get a straight question out of anyone.

Ten years later videojournalism popped mainstream. Its ubiquity dissolved an important caveat of the PMs gene sequence - rarity- when videojournalist could earn up to £38,000 and invent their own rule book.

Today PMVJs are no more. But the Net and Social Digital Discourse continues to promulgate the need for individualism and radicalism. It's a little more difficult now, but ironically today journalism needs getting tough and innovative more than ever.

Cue: the current assessment from the UK, and China two days ago presenting to a high profile academic delegation. TV's dominant form, its hegemony has now filtered and settled in digital media.

Meanwhile we appear know more about the world, but less about depth of story, unless Wiki leaks tells us. Public figures have learned to be sub prime mortgage with the truth. The average sound bite has become so perceptibly short, you'd think your interviewee had turrets syndrome.

Broadcasting won't fess up, but the journalism that was in trouble fifteen years ago and then six years back (thanks Youtube)  has not completely healed. So we need a new radicalism, one that emotes journalism to deliver on its original and new promise - which is what?

But we don't have a name, a philosophy or even theory to call it.  Videojournalism has been mooted, but I know you're pondering as well. It's not the name it's what those practising it do with the form. Remind me again why we loathe the word postmodernism again.


If you liked this, visit viewmagazine.tv my main site for interviews with Eartha Kitt, Roy Ayers, and a range of media, war and videojournalism  issues.


VIEWMAGAZINE.TV PUBLIICITY IMAGES FREE USE BELOW  (Creative Commons) for blogs, twitter and other publications referencing the blog viewmag.blogspot.com and viewmagazine.tv. If you're interested in 300dpi images please email david(at) viewmagazine.tv stating re:Image use in the title. The use of images does not waive moral rights of owner and therefore warrants being used for purposes described above.

Image size 500 px  x 245 px
David Dunkley Gyimah is a senior lecturer, videojournalist, writer/designer and Artist in Residence at the Southbank Centre. He is completing his PhD at SMARTlab University College Dublin. And writes about media and culture. He publishes viewmagazine.tv
Posted by Dr David Dunkley Gyimah at 11:20 pm