In the time I have worked for the BBC, ITN, ABC News and the rest I have met many stars and VIPS. In many cases I have admired them, but not been moved enough to want my picture taken. Also it's not, well, how do you put it, cool!

But I do have a select compendium: President Mandela, Quincy Jones and Lennox Lewis whom I co-shot his documentary fighting Tyson. All of them can be found on the site I built viewmagazine.tv. To that now, I have recently met Albert Maysles.

There are many reasons why Maysles message is still strong and should never be forgotten;  he is one of the rare and true pioneers in documentary.
Whatever you're playing with at the moment, there's a strong claim Albert Maysles et al would have been there first in films such as: Grey Gardens (1976) Gimme Shelter (1970) and Salesman (1968). Then there's that unprecedented shot in Primary(1960),
That Shot


And more recent stories such as Muhammad and Larry(2009) co-created with Bradley Kaplan. But this iconography goes beyond hero worshipping of the past. At a time of disjointed and complex imbricating forms in our digital ecology, to gain a better understanding of the future, we must look to figures such as Albert.

Last year as part of my soon-to-complete doctoral thesis on the Outernet and moving image where, digital codes works with the realism of film making I spoke to another pioneer, Drew.

I'm hoping to do the same with Albert and will share that with you soon and with the community we're assembling for our next BBC-BFI-UCLAN meeting- the inaugural one can was quite a success. 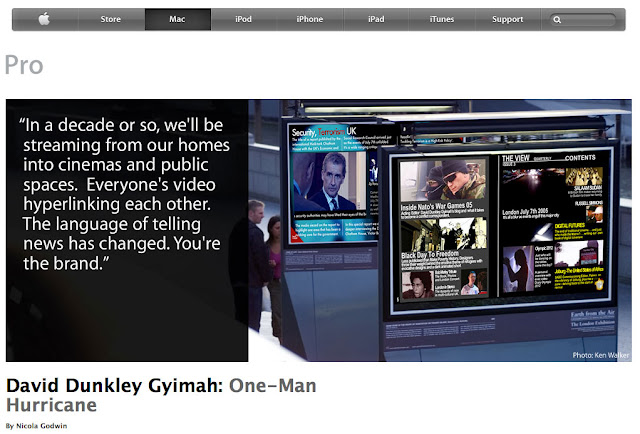