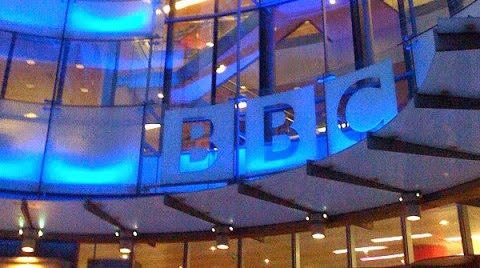 The session was labelled Video For Digital Platforms: What’s Working? Online News Association. Actually, it reminded me of  2005 all over again, when I presented at the ONA summit in New York, as I'll explain. 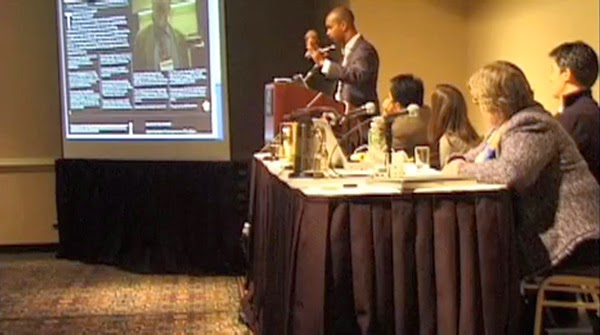 If it were a question, it would go something like this.

When was the last time you attended a conference to do with all things digital, in which the panel were traditional media and you implemented their strategy and now you have a successful business?

If you have, you’re one of the rare entrepreneurs.

The Online News Association gathering at the BBC this evening had the scent of ONA at the BBC in 2008 (see video below), and the world of digital in 2005.

The speakers today were from the BBC , The Telegraph and AP, united by being traditional media and the universal message that 'online is not television'.

Actually, that's not entirely correct. Online is anything you want it to be...television and some; many more somes.

US film professor Robert Stam sums it up in Film Theory- an Introduction when he says, the possibilities of digital resemble 1920s when anything was possible, and before Mass Communication asserted there was a right and wrong way of doing things.

Almost ten years ago, since I presented at the ONA session and a chasm between online and TV emerged, today's event had the distinct feeling of 2005.

Back then the world of media was much polarised. It really was them and us.  If you ever want to see a Jeff Jarvis in fine form cursing the traditional media luddites, I have the video.

In New York on the tail end of winning one of the US' most prestigious digital media awards, the Knight Batten I was invited to give a presentation at the ONA Summit in New York.

The event was streamed in Time Square...

At ONA, and across several sectors, traditional television was wrestling with unfamiliar themes. What made ONA unique was that a forum was being made available to bridge a space between different groups united by 'being online'.

Conference after conference and through the interaction of institutions, like the BBC, with Silicon Valley where they hired the likes of Eric Huggers new theoretical knowledge emerged within traditional media e.g. The Telegraph's hub that the BBC would adopt.

Media viewing became less defined by class, but of new parameters of digital this, or digital that.

Between 2008 and 2012 came the quantum knowledge leap for traditional media. The gap was closing. In 2014, we've reached a new plateau, much elevated than before, but a new plateau none the less in theoretical enquiries or practised-based media illustrating radically new ideas.

So, online is not Television. But actually if you're the Telegraph, or Financial times, good sturdy TV style is just the ticket for your constituents - as I found out training FT and Telegraph Journalists. 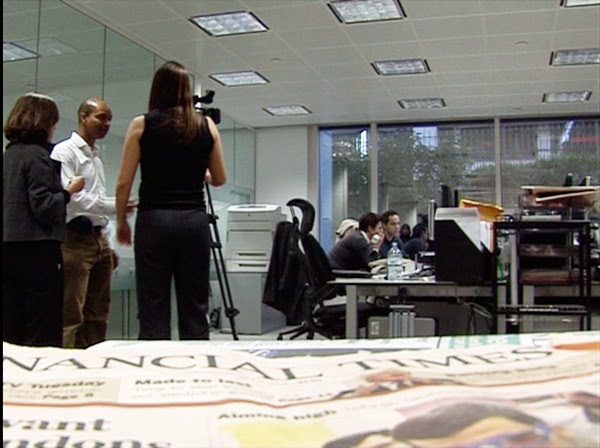 The Theory, Practise thing!
Though today's ONA event was low on theory as to why somethings work and others don’t the presentations revealed different strategies between the broadcaster, agency, and newspaper turned videomaker.

And rightly so.  In the internet age of everything, where journalism is exposed to everyone, culture, society and audiences demonstrate how truly important they are in the media matrix.

Journalism was never a one size-fits all. For decades, the illusion was kept that way. That is, it had to be done in a certain way. Now, anything goes which in traditional media is usually framed as “experimenting’.

But a word of caution, traditional media can experiment because of the 'give and take' in their resources. A malfunctioning idea can quickly be jettisoned. Chances are you’ll never read or hear about it. Really! But if you’re a digital entrepreneur this assumptional premise to copy the traditional media can be costly.

For similar corporate entities, that's a different matter. It's not for nothing that traditional media continually monitor each other during daily broadcasts and for intelligence into innovation.

However, I hazard a guess that a fair few attendants at the ONA meeting today were students, indies or start-ups.

Therefore, whilst traditional media serves as a framework, one of the first question digital entrepreneurs ought to be asking is, is your audience my audience, and do I possess the requisite style to gain traction into your consumers.

Vice and Buzzfeed and the Huff clearly have their answer.

Hook the audience from the start, he said. But how? What with? Engaging media ! In cinema it's called the 'initiating incident'. A point of tension/drama that plays backwards to satisfies your craving.

But you don't always need an incident. The vibrancy and texture of the cinematic as proved by several films e.g.  Mediastorm Agency or I am Joseph Kony indicate how strong visualisation draws in audiences.

In practise these are styles at the genre level known as forms, and within each form lay overlapping multiple styles.

For instance, the photomontage, which became the hallmark of multimedia packaging can mix styles to incorporate Ken Burns animated effect. Imagine that Burn's The Civil War made in 1990 used photos for documentary, way before multimedia producers could claim the style to be their own.

Similarly, viral has different genres e.g. the shocking, comedic are but two.  In TV, there exists the broadcast package. Outside its walls are variations e.g. cinema verite, the essay, the spatial documentary and so on.


Benvington's description of video that moved from one subject to another failed to describe why the need arises to do so.  They were different scenes with different energy – summed up, somewhat.

These are literary tropes e.g. the page turner, or a genre called cyber realism consciously side stepped by TV of Ore because it muddled directness. And TV news in particularly requires an ideological directness -" just tell me the story".

Each of these styles beg different reasons to be used e.g. skills of video maker and style of content. There are a myriad factors which I'll blog another time.

Sue Brooks, a veteran in the News industry and well respected too, was emphatic:

But AP's brand of video will do little for the start up or graduate looking to figure out what works in the discursive post-cable and digital age.

AP is an agency, so its raison detre is to shoot video that others can repurpose, so AP will largely eschew stylistic approaches, though there are exceptions in figures like the brilliant award winning videojournalist Raul Gallego Abellan.

And the claim don't try and reinvent the wheel, while broadcasters have been doing this for years, their TV trope requires examination. These are not my words, but a host of broadcast professionals I came across during my research.

Generally, TV news doesn’t like hearing this and clearly the chair at the ONA thought my views off message too - actually did I go on? I had emailed the ONA earlier to make this point. Reach out for diversity, both in the knowledge and cultural make-up. The net is the amazon forest of media making and there's some unique stuff from the cut-off tribes.

The ONA-US is making a point about this. In its September gathering in Chicago, executive director Jane McDonnell says their event is looking to 50% diversity in race and gender.

Fancy that, and about time; panels driven solely by women and people of colour.

The Telegraph, for similar reasons to the NYT keeps to particular styles. If it strays too far from its core constituents it risks alienating them. Thanks to my online students who showed me what the Telegraph see as their natural online consumer.

Apparently they have funds exceeding £100,000 tucked away for a rainy day. That's a 100,000 reason to keep closer to their main audience.

Here's  a shot clip I filmed attending the ONA at the BBC in 2008; the BBC is experimenting with embedded video, having established how different it can be to broadcast TV.

So while traditional media remains respectable, trusted etc, they still to a large extent rely on their brand and the need to be cautious themselves - like 2008.


My own PhD research in Dublin reveals some interesting data, such as:

The what works and doesn't in a digital long-tail age is still up for grabs. 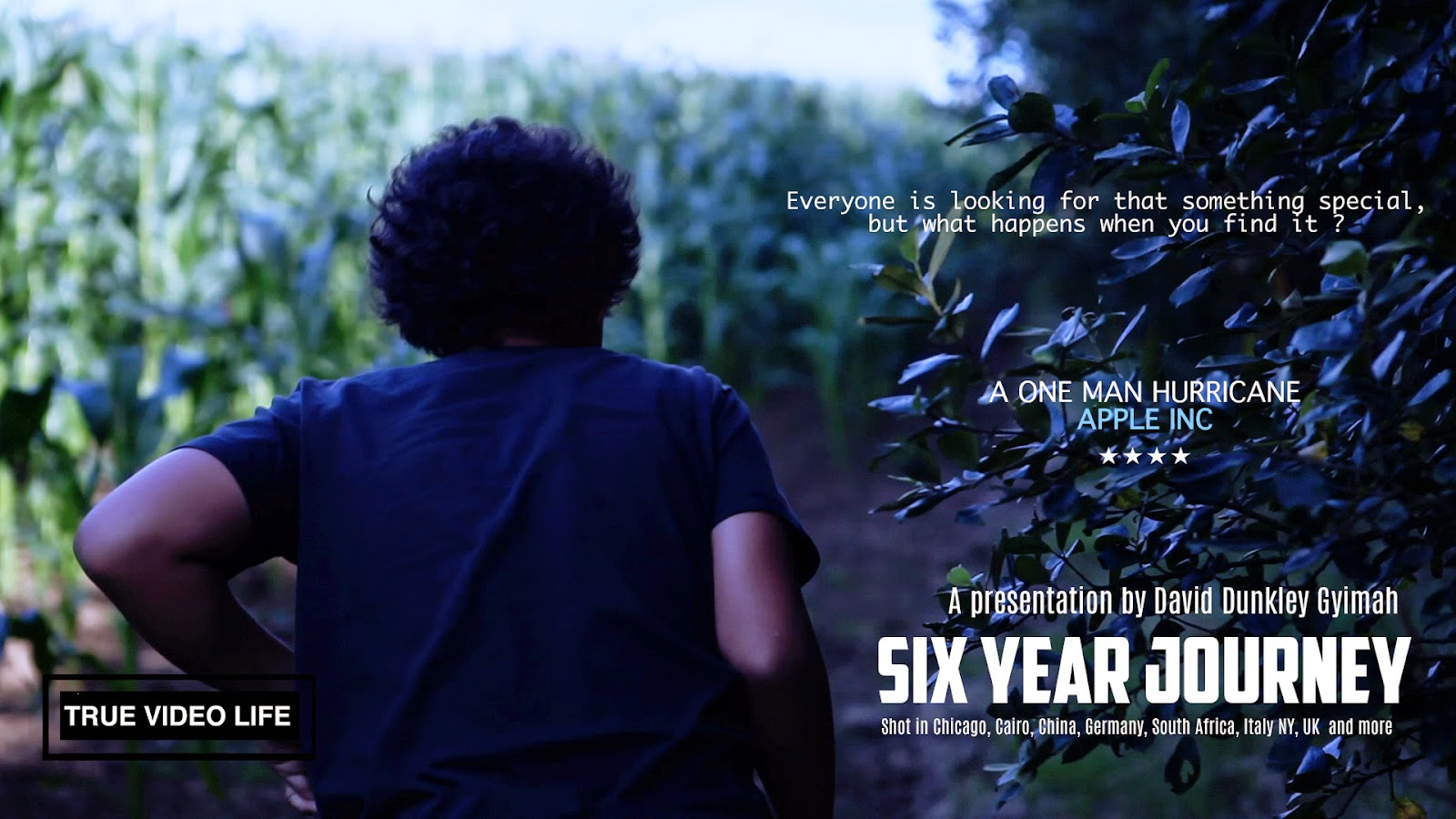 David Dunkley Gyimah is a senior lecturer at the University of Westminster. He recently submitted his 6-years-in-the-making research looking at the future of video. He is an artist-in-residence at the Southbank Centre and a Chair of jurors at the RTS Awards for Innovative News. He's behind Viewmagazine.tv.  He is the recipient of a number of awards as can be seen from this video made in 2006