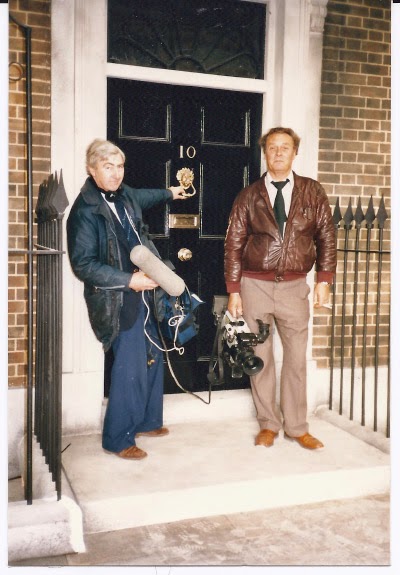 We stand on the shoulders of giants. In this case Ken Mallor with a microphone standing outside No 10 Downing street. It is the golden age of the crew.


In the age of plenty, where everyone is an expert, it's often difficult to separate spectrums of tacit knowledge, opinion and expert knowledge.

That is unless you come across a giant like Ken, who has lived through the arguments regularly wheeled out on the net when discussing television news.

For instance, as uber thinker Jeff Jarvis asks recently in a post, what's the point of the television stand-up?  This may seem like a puerile question to those who believe there is an obvious answer.

Yet, if you've not worked, studied or critiqued the form professionally e.g. Jarvis, what you might end up is transient knowledge,  anecdotes and second hand material.

You know Television - How?

Ken knows television, just as Bo knows football (famous 1980s ad). Ken started with ITN in the 1960s as a soundman, and armed with a stills camera took countless photos of that era.

Now at this point you're likely to think what the 1960s has to do with modern digital TV and the world. Well, everything. 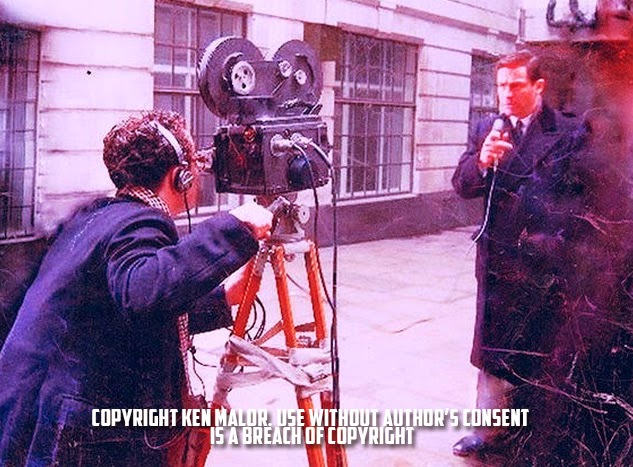 Mallor saw how TV evolved. He even remembers how a miffed reporter tired of getting his stand-ups/ PTC chopped  because ITN had ran out of time, decided to put the stand-ups in the middle.

The stand-up, by the way, was television's answer to taking on cinema. TV and cinema could both make extraordinary films, but hey, television could create "live".

In some of the first presidential elections filmed in the US in the 1950s, and the coronation of the HRH in the UK, the presence of a live reporter was one in the jacksy for TV.

At ITN, the bridge was born. The networks could no longer cut out the reporter. If anything following the inverted pyramid model of newspapers, the editors would still cut 15 seconds of the end of the report, but the reporter was safe.

How do you know what you know about TV? Many of us read books, lots of them. But the problem with books is you can't interrogate the author, but then you find a living book like Ken.

Five years ago I put a note in the UK industry magazine belonging to BECTU. Ken Mallor answered my email.

He knew TV because he was there and over the five years has selflessly fed me with information that has startled and shocked me.

I was so enamoured with Ken, his pictures he sent me, the information he has retained; he is a young 80-something year old, that I mentioned in passing that he had a book in him.

A year ago, he sent me a forward for a book, he was about to publish, and in that forward was a thank you to David Dunkley Gyimah - me. Why? I shook my head in disbelief.

Somehow I was one of the catalysts to him publishing. I was flabbergasted.

This morning Ken emailed to ask if he could send me a copy, and if I wanted it sighed. Yes bloody please.

I don't deserve the mention. It was ken's selflessness that has got me to the last mile of a PhD which questions the style, form and existence of TV.


I have been hugely lucky Ken and several others more than 100 experts have contributed to this thesis, such as the original team behind cinema verite. It is their words on display, which I have threaded into hopefully a coherent narrative.

In the thesis there is the mother of all howlers which turns common knowledge over so much, that scores of articles will have to be rewritten.

What a bloke Ken is. If you thought the idea of social was born with web 2.0, Ken shows it was alive and well and for many characteristics like this, and to him, I salute Ken.

I receive the book this week. Wow!

End
Yesterday's post, as London gets ready to launch its second 24-hour network, I provide an insight into what could go wrong and right, based on working for London's 1st 24-hour network.
David Dunkley Gyimah is a senior lecturer at the University of Westminster. He is the recipient of International awards in videojournalism and the Knight Batten for innovation in journalism for his work on viewmagazine.tv. This year he was the chair of jurors for the RTS innovative news category. He completes his PhD at UCD this year. He is next presenting at the International Festival of Journalism inPerugia next month. 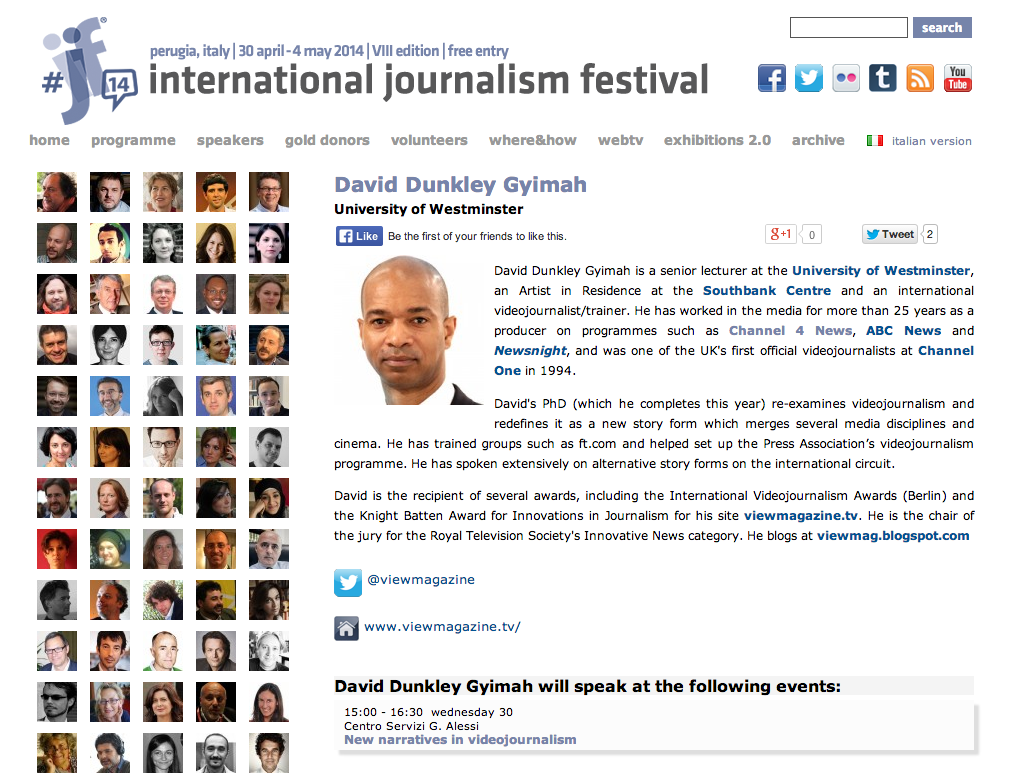