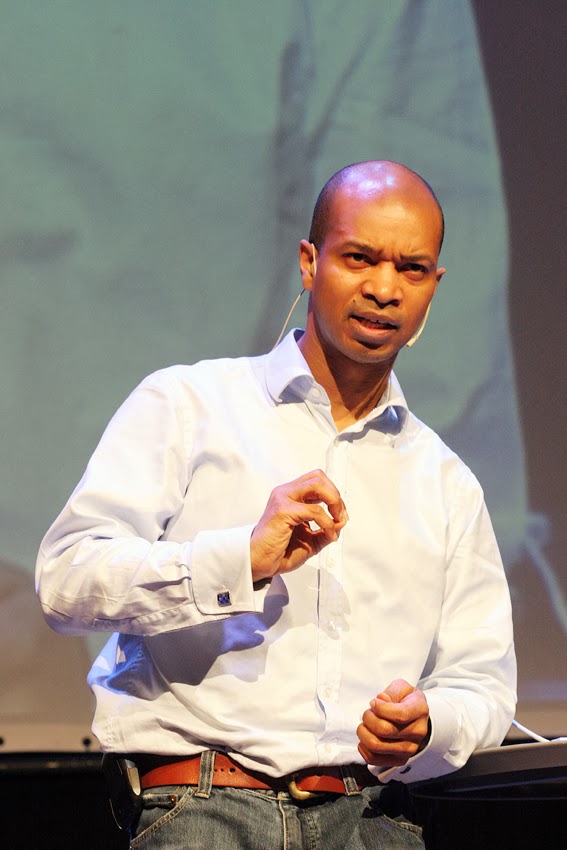 By David Dunkley Gyimah connect here with him. David has worked for some of the world's leading news outfits. He is a chair of the jury panel for the Royal Television Society Awards, the UK equivalent of the EMMYS.


I'm planning on going back to Ghana at some point. It's where I was brought up in secondary school.

It's also an area, which is flourishing with new ideas and opportunities. Many of my friends whom I shared time with growing up have either gone back or are planning to do so.

Many of them have made an impact and for some it’s gone disastrously wrong. In the latter case it's for all sorts of reason, but there is a convention that I wish to share that helps us understand one of the main reasons, which is closer to your home.

As a lecturer, I’m intrigued by three areas of making sense out of things.

By common sense, I mean what we use to complete tasks by some basic common knowledge. How you email, how you like a friend's page on Facebook. You're almost expected to know, even though at some point you had to learn the process.

Try this exercise! In a room full of secondary school students, ask whose done anyone of those and you get a flurry of hands going up.

Learned sense, yes it’s not a word per se, but it should be, is something you’ve had to learn. You actively engage it. Do you Pinterest, data scraping, create cinema? All of the sudden only a few hands are left in the air.

You top up your common sense, which is more cognitive (invisible learning) by actively learning.

For instance everyone can read and comment on a film, but few people know how to critique a film based on implicit or symptomatic readings. So, John Lewis' cuddly animation of a paternal bear is not about Walt Disney type animation,  but a clever attempt by one of the UK's leading consumer's to let you associate nostalgia and sweetness with their brand.

Digital may purport to bring us closer, contract the world through eroding borders, but in making us digital penpals what are we doing with it that signals a change in cognitivism.

Twitter lets me know what my friends are doing and what did I do with that info? A digitised world, without a digital revolution.

Here’s the rub, if you are at college and the person delivering knowledge comes from the common sense, analogue world, then you might want to think about how your future is shaping up.

Television’s continued dominance stems from this integrity of the analogue. If the media is the message, then digital turned out to be the slave master of analogue, because digital hasn’t changed the message.

It’s quickened it, even given it wings to fly off in all directions, but a bit like putting a Ferrari shell on a mini engine, who are we fooling? It's still the model we so love and subscribe to nostalgically - just like the Lewis commercial.

The deconstructed sense interrogates common sense and what you’ve learned in an analogue world. The really innovative managers have it. Whilst other executive return from a conference and buoyed by what they’ve learned at a social network festival command their staff to implement a social policy. The justification is someone else tried it and it works.

The deconstructed ask about phenomenon and why it works. What is it that digital could do to create a new fabric of knowledge flow, to create new solutions to old problems, to reframe common sense and what we’re learning in our quasi-analogue and digital ecology.

Take the calamity from Typhoon Haiyan. Another typhoon, another human tragedy on a large scale, and our analogue response is near enough the same.  Russell Brand was right about politicians and the complicity... well it envelops media as well, you could argue.

From a response and communication position, having read, seen, and even is cases witnessed porn-disaster - the gratuitously well-made up correspondent selling voyeurism of a hapless people, is this still the media response?

It's much of the analogue same; this is not the media’s fault. We’ve gone digital might be akin to a flat screen television, higher fidelity, and green screen, but the social dimension, and I don’t even need to use the word “social”, is wanting.

Is the notion of reportage, which is just over 50 years old in television, so immovable that in 2013 we’ve not been able to devise an alternatives to address, in this case, human suffering?

Not our job, the analogues with common sense will say. But that’s precisely the problem. Any one who deconstructs the status quo knows there’s something wrong, but the source of their solution comes from a place, which is itself deficient. How could a digital thought process look at this recent tragedy? Here's a scenario.

A digital solution to one major problem.

Reporters get to the disaster scene with their equipment. No aid agency is present yet. Their feeds first go to a coordinated response of the Disaster Relief Agency. Survivors on the ground are handed 'pennys'. These are prototype transmitters and cameras. V. Cheap. They connect to a crowd map similar to Ushahidi, which combined with Touchcast [see previous posts] gives control over to viewers. Correspondents curate the info flow.

What is the Ushahidi Platform? from Ushahidi on Vimeo.

The Philipines is digitally mapped. That technology and process already exists through the military. A series of mobile - make shift outernet systems are implemented [ see apple presentation]

Matched across different territories e.g. Hyde Park, Times Square and strategic locations in the Philippines citizens can openly communicate with each other. The Philippines is digitally mapped to give the impression how the disaster would look like in your area [see wag the Dog - the Sarajevo scene]. This creates empathy.


The whole event is scheduled into an educational module - "Digital Responses" facilitated by the Disaster Relief Agency. School children, universities and business's around the world have access. How do you solve such huge intractable problems? This involves a new form of empathetic ( digital) journalism. It is cause and effect. How do you use journalism to uncover a problem, then what do you do to help?

You can even pick your doppleganger – someone in the region who shares your same birthday and likes by data scraping medical records from the cloud.

School Children talk to other school children, university PR and journalism courses to Philippines equivalent. Everyone maps out different solutions accordingly. One major feature is the game theory approach. Mobile copters provide further images, the feed from Philippines is costing you one cent, but once you get on board, you can set your own tariff, which is money paid to help survivors.

Using similar tokens in Moshi Monster e.g. price card, users pay to be involved in the real life exercise. Payment is direct to survivors. which users control. But by doing so you’re explicitly paying to the relief of survivors.

The whole event is paid for by philanthropists, so there is no conflict between analogue rules of objectivity....

David Dunkley Gyimah with US Special Forces in Ghana circa 1996. David is a senior lecturer and International award winning videojournalist. This year he is one of the chairs of the Royal Television Society Awards. His PhD he is completing looks at digital and news filmmaking.  For more on David's work - all on one page go to guidelines videojorunalism.

Postscript
Channel 4 News twitter response which led them to look for a family stricken the typhoon was an example of a digital response.

Posted by Dr David Dunkley Gyimah at 12:19 am