Express yourself in the story. Well known videojournalists show how they tell their stories - Denmark

As part of a six year research into video storytelling and videojournalism, which will be submitted soon, I was invited to Denmark, alongside a host of internationally well known storytellers e.g. Bombay Flying Club, to talk about what's emerging. 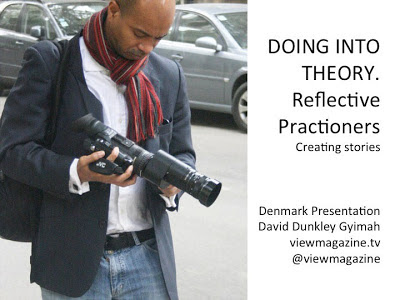 Presentation as part of an international line up for #Videoplay  (Video Playground) at one of the prestigious films schools The European Film College in Ebeltoft, Denmark

In two 2-hour slots I mapped out the varying different styles used to create different feelings in stories in videojournalism. I also proved to delegates who gathered in the auditorium below that cinema does not necessarily mean fictional films. 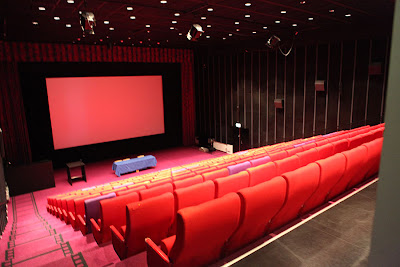 My presentation was entitled: Express Yourself - Doing as theory, the reflective practitioners. The goal was to show how new ways of working are becoming theory and that its the crafts person reflecting on what they do will yield fresh interpretations.

I have enormous respect for anyone doing video, particular those calling themselves citizen journalist, but here I argued that unless you can begin to read media, you're somewhat handicapped. 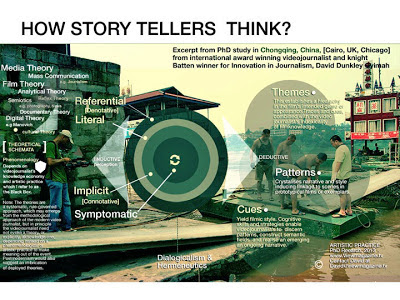 If you've seen editions of Dr Who this illustration above of how I think, might be familiar. 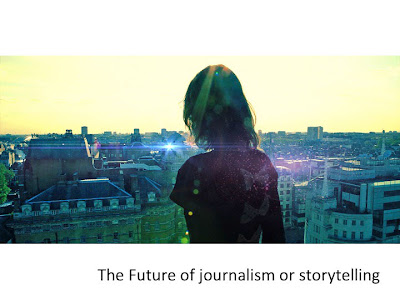 I also wanted to ground the theory by stating there was no such thing as a unitary future of journalism. Why? because our ideas are as diverse as they are disparate and post modernism doesn't facilitate one big idea any more.

That was evident at Newsxchange in Barcelona, when Kenji Kohno, Deputy Director, International News Division, NHK spoke about a story they were covering which to us seemed like a cold case.

According to Leonard Shlain, in the East, the concept of time and space is fundamentally different to the West. Their Sarin gas story that happened nearly 20 years ago was not the past, it was present.

Can you think like a videojournalist?
I ran a few cognitive experiments, but here's one that was a favourite. If you want to play here goes. 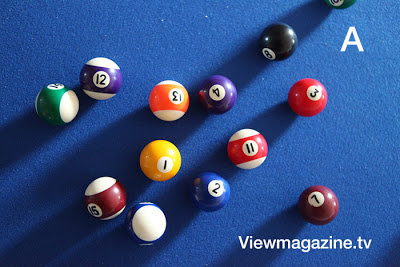 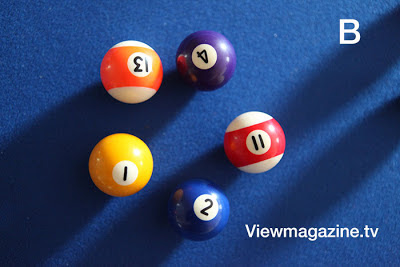 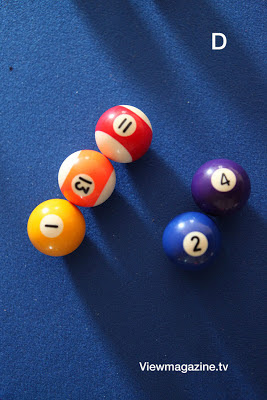 Effectively I have demonstrated how we read media from patterns, but because we go for the obvious, journalism becomes predictable. There are various reasons why, such as News agencies sell footage to broadcasters and to increase their sales they go for generic and easy to understand stories that anyone across the world would understand.

We looked at several videos and I talked about how some broadcasters were changing from the traditional package to a DSLR trope, but the delegates detected some short comings.

Look at this incredible video from Alleppo from Channel 4 News, which will likely win awards and see whether you can come up with a critique. 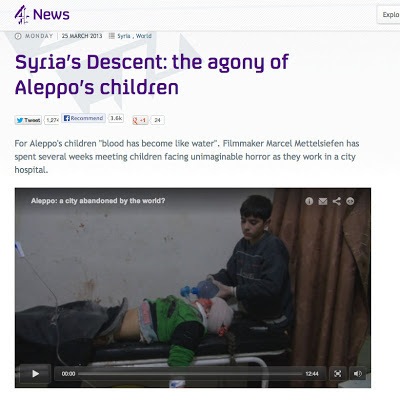 I reccommended books like this one that gets you into the headspace of understanding how to reflect on what you do. 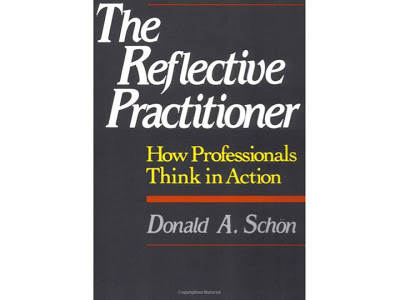 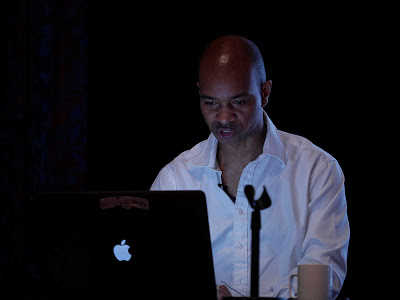 I demoed some of the kit I use on stories, such as the pocket rig, a small devise that mimics those huge shoulder rigs using the 5D, expect its much smaller. 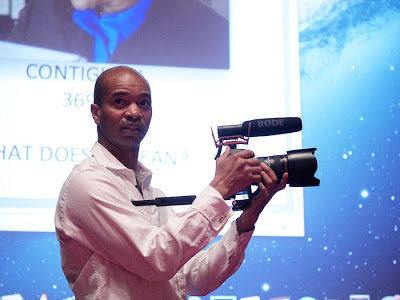 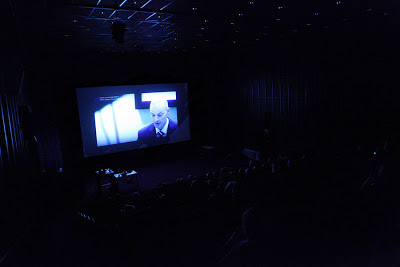 And finally it was great to meet up with Henrik from the Bombay Flying Club, photography and Flash producers par excellence. 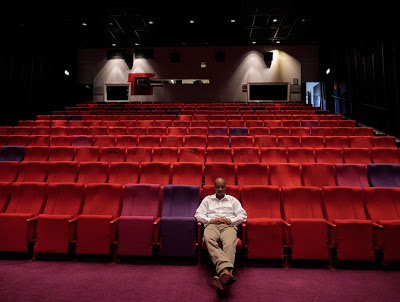 David Dunkley Gyimah is a senior lecturer, videojournalist, filmmaker, artist-in-residence at the Southbank Centre and consultant for a number of companies. He has spoken at SXSW, World Association of Newspapers, Sheffield Documentary Festival and Newxchange.  He tweets and can be followed at @viewmagazine

Posted by Dr David Dunkley Gyimah at 7:02 am